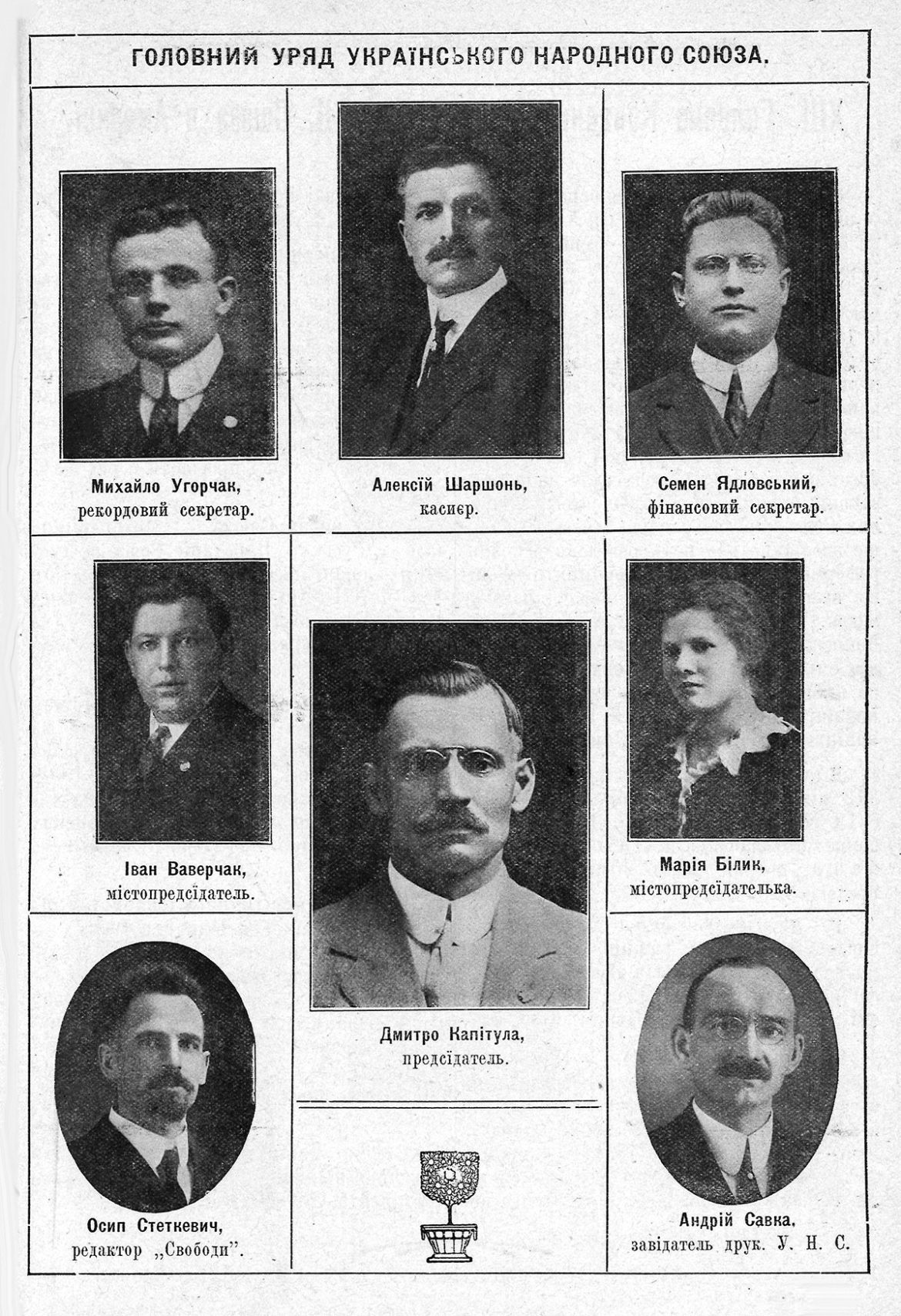 Seen on this page are the top members of the UNA Supreme Assembly in 1915 as they appeared in the 1915 Almanac of the Ukrainian National Association.

A year earlier, the 1914 “Kalendar Ruskoho Narodnoho Soyuza v Amerytsi,” the almanac of what was then called the Ruthenian National Association, marked the 20th anniversary of the fraternal organization, which was founded on February 22, 1894, in Shamokin, Pa. It is interesting to note that the 1914 almanac was written in the Latin alphabet. Much of the jubilee almanac was devoted to the history of the organization; and there is a list of 372 branches, beginning with Branch 1 of Shamokin, Pa., the St. Andrew Brotherhood. The almanac also included Ivan Franko’s poetic work “Naymyt” (The Hired Hand) and the lyrics to the “Hymn of American Ukrainians” by Vasyl Shchurat.

Later in 1914, at the 13th Convention held on September 7-14 in Buffalo, N.Y., the name of the organization was changed to Ukrainian National Association; the change followed a decade of ethnonational development. Reflecting that transformation, the almanac for 1915 was called “Kalendar Ukrainskoho Narodnoho Soyuza” and it was published in Ukrainian. A UNA advertisement that appeared on the inside cover of the almanac read: “Every conscious Ukrainian should be a member of the UNA.”