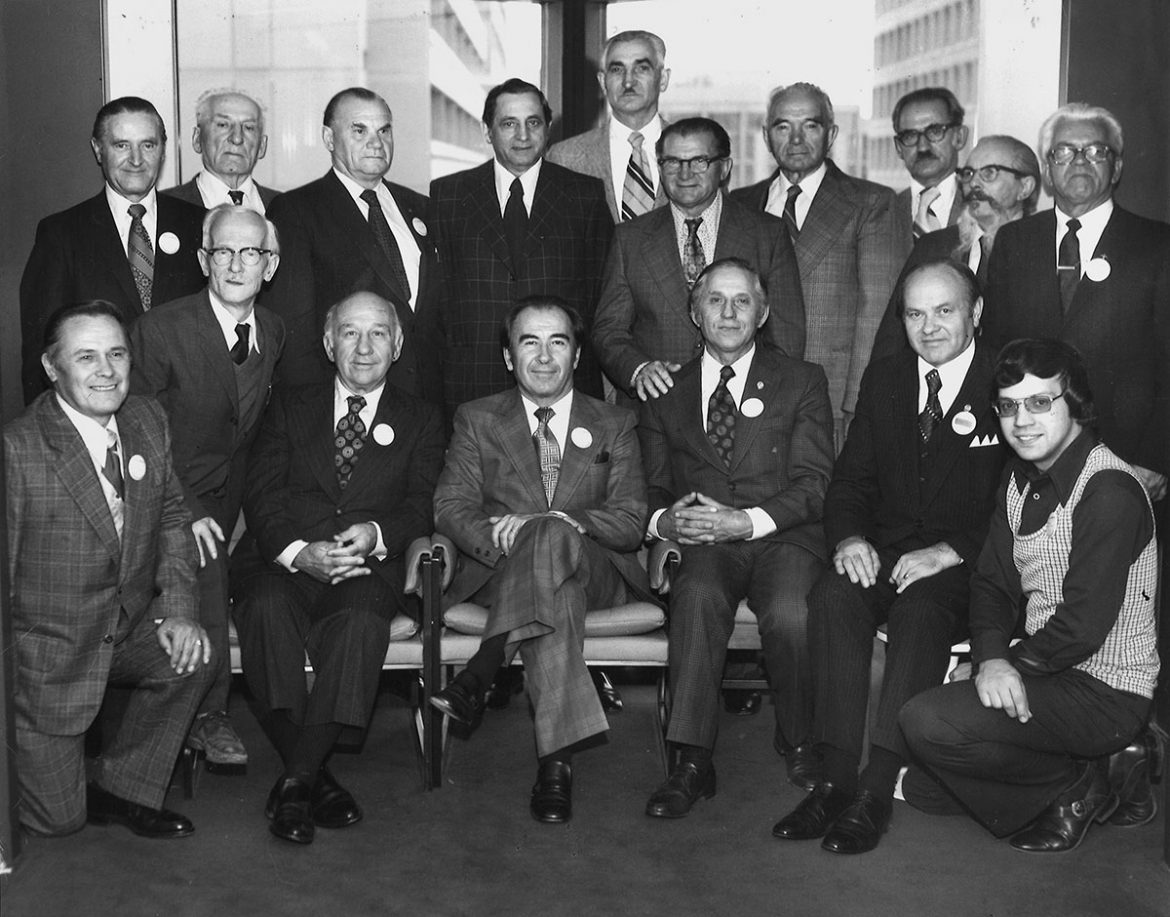 Seen on the right in 1967 are the Ukrainian National Association’s leaders and activists in Canada with UNA Supreme President Joseph Lesawyer (seated, left). Seated to his left are: Canadian Sen. Paul Yuzyk, John Hewryk and Wasyl Didiuk. Sen. Yuzyk was supreme vice-president for Canada in 1970-1974 and supreme director for Canada in 1974-1986; Mr. Hewryk was a UNA auditor for 20 years and supreme director for Canada in 1986-1993. Mr. Didiuk was a longtime UNA supreme advisor and a supreme auditor. Another notable Canadian UNA’er in the photo is Bohdan Zorych (standing fourth from left), who was the supreme vice-president for Canada in 1966-1970 and later director of the UNA’s Canadian Office.