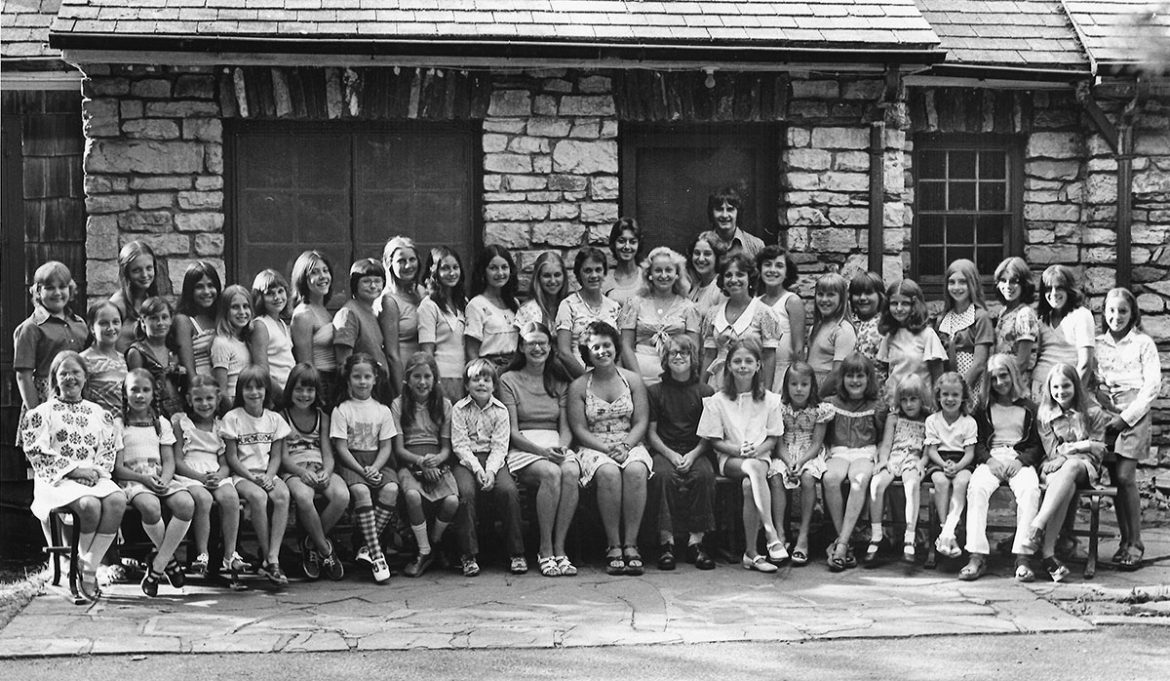 All these smiling faces seen in the photo above are those of girls age 7 to 11 and counselors of the Children’s Camp that took place at Soyuzivka, the UNA’s heritage center in upstate New York, during the summer of 1983. The camp leader was Stephanie (Stefa) Hawryluk, who later became an advisor on the Ukrainian National Association’s General Assembly. The annual boys’ and girls’ camps at Soyuzivka originated in the 1950s, soon after the UNA purchased the property in Kerhonkson, N.Y., in 1952. With the beginning of 2015, the Ukrainian National Foundation, a 501(c)(3) non-profit organization, became the owner of Soyuzivka. The UNF had been established as the charitable arm of the UNA in 1992.