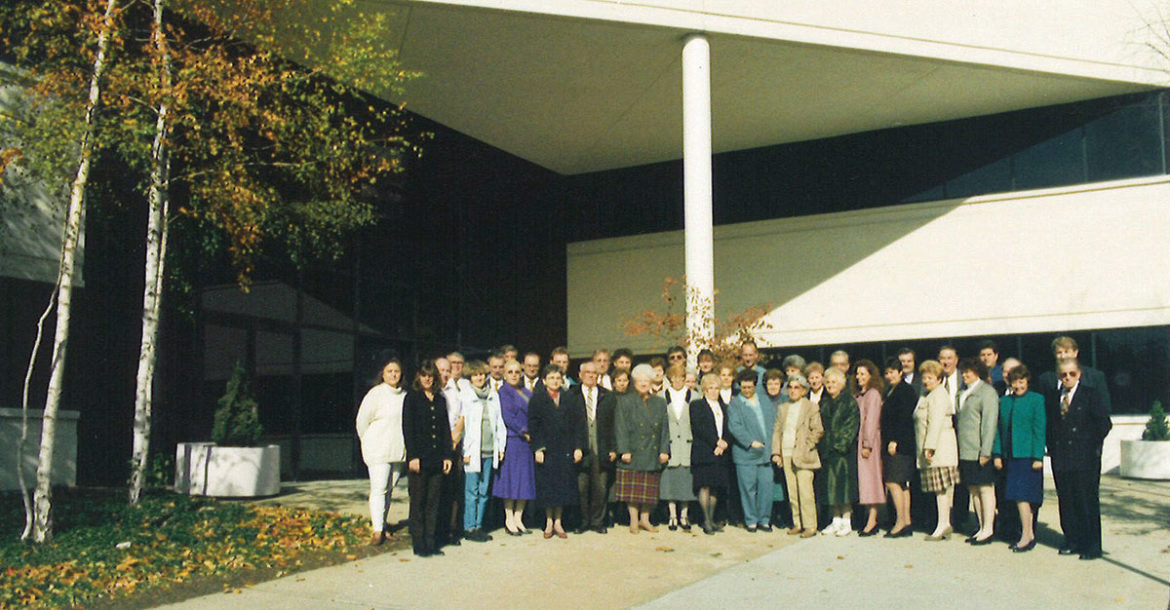 Seen in the photo above, taken in October 1997, are the employees of the Ukrainian National Association and its two newspapers, Svoboda and The Ukrainian Weekly, in their first group photo taken in Parsippany, N.J., after the UNA and its subsidiaries had moved from Jersey City, N.J., about 30 miles to the east of the new venue. The old UNA headquarters, a 15-story office building located at 30 Montgomery Street was sold on August 14. The closing on the two-story Parsippany building took place on August 28, and the move to the site of the new Home Office took place over the Columbus Day weekend October 10-13. The new headquarters of the UNA was blessed on Sunday, November 9. A new sign identifying the building as the Ukrainian National Association Corporate Headquarters was erected on December 9.