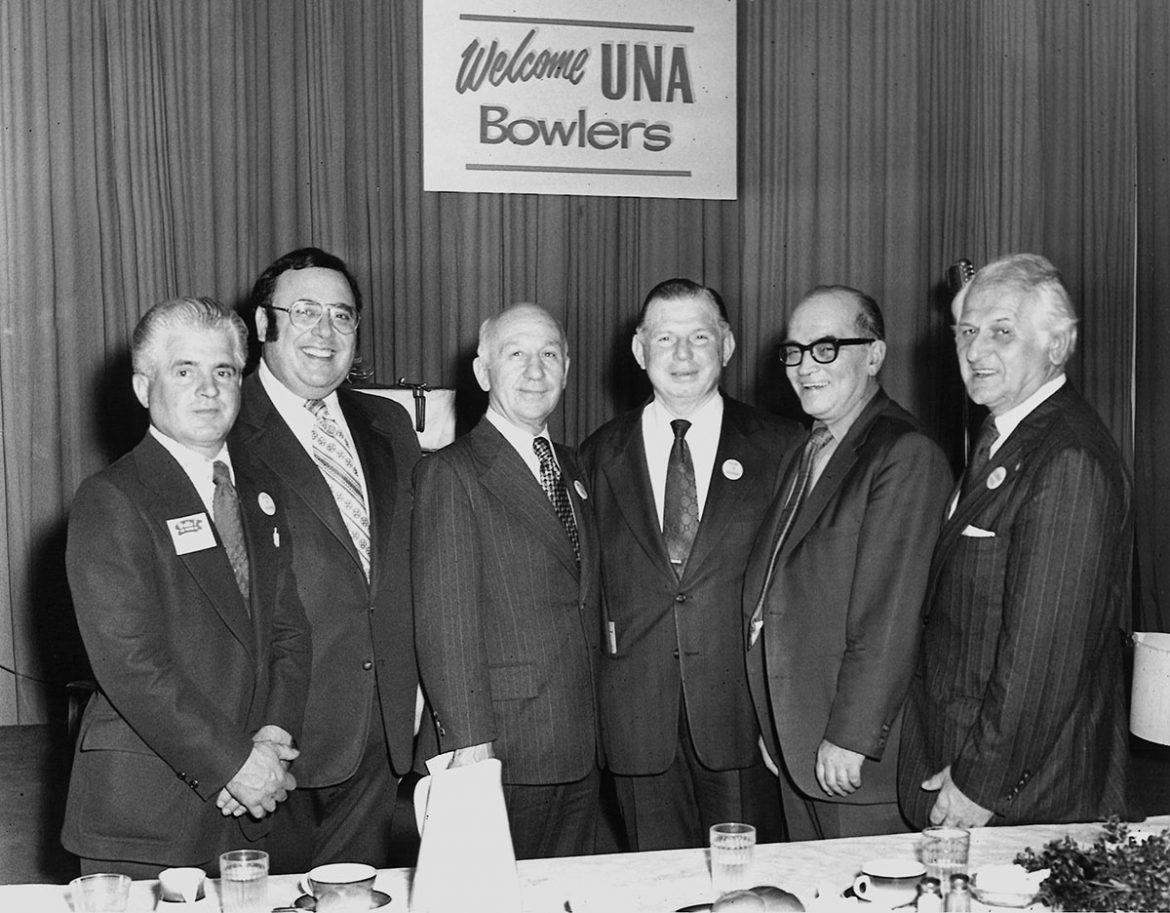 Back in the 1960s and 1970s, the Ukrainian National Association held national bowling tournaments. The first of these very popular events was held on April 29-30, 1966, in Aliquippa, Pa., at Sheffield Lanes. The tournament was organized by the UNA Sports Committee; its host was UNA Branch 120, the St. Nicholas Society. In the photo on the bottom, UNA Supreme President Joseph Lesawyer rolls the first ball of the tourney. Looking on (from left) are: Andrew Lysenko of UNA Branch 120, and UNA Supreme Advisors Helen Olek, William Hussar and Andrew Jula. For the record, 30 teams competed at that first tournament, and the men’s and women’s teams from Chicago won the top trophies and cash prizes.

The photo on the top is from the awards banquet following the eighth UNA National Bowling Tournament, held at Fair Oaks Lanes in Fair Oaks, Pa., on May 25-26, 1973. The banquet took place in the club rooms of UNA Branch 120 in Aliquippa. In the photo (from left) are: Joseph Nadzak, tourney co-chair and president of UNA Branch 161, which hosted the tournament; Joseph P. Walko, district attorney of Beaver County and judge-elect; UNA Supreme President Lesawyer, who was the main speaker at the banquet; Mayor Walter Panek of Ambridge; Stanley Prokopovich, tourney co-chair and treasurer of UNA Branch 161; and Andrew Jula, UNA supreme advisor and Branch 161 financial secretary. 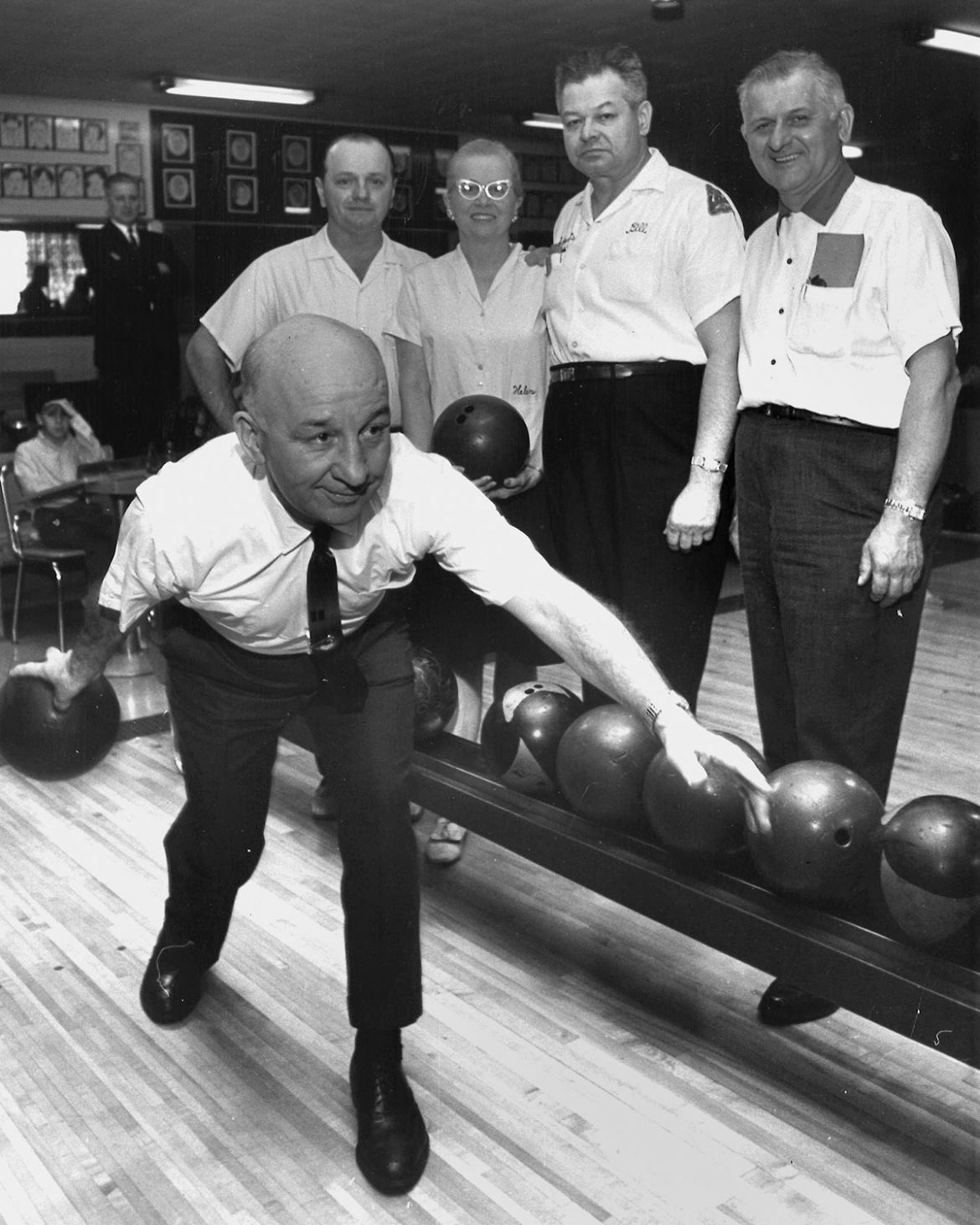