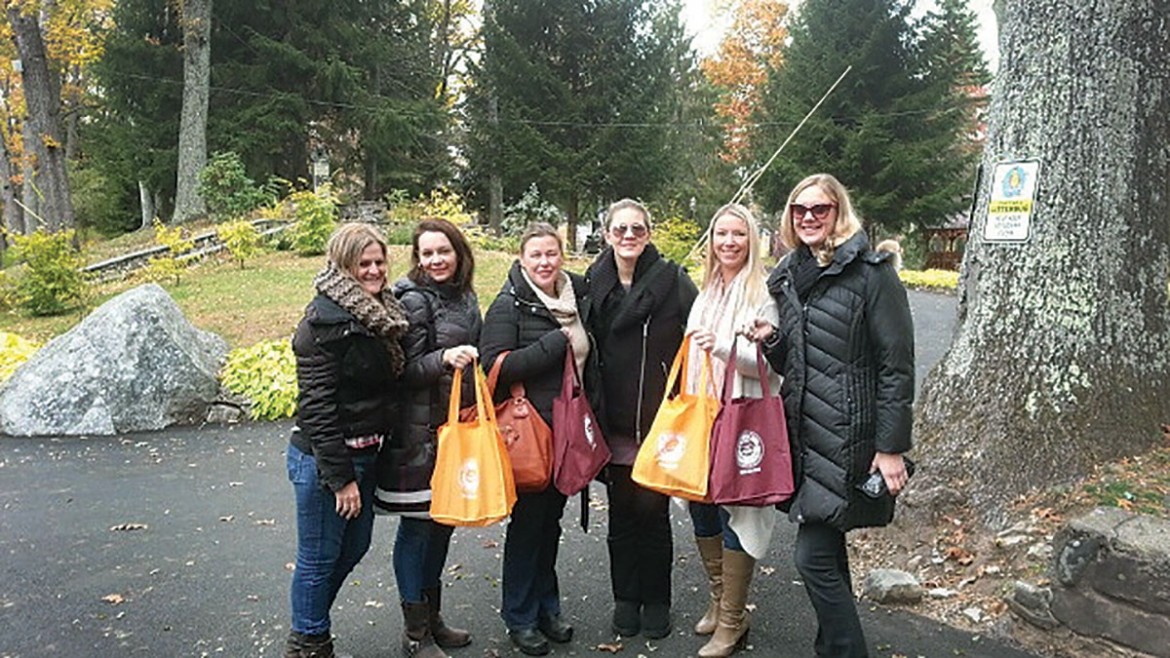 Guests were treated to a roaring fire and hot mulled cider upon their arrival on Friday, and to the peak of the “leaf-peeping” season in the Shawangunk Mountain ridge throughout the weekend.

On Saturday, after a made-to-order breakfast by Soyuzivka Chef Andrey Sonevytsky, a private shuttle bus sponsored by the UNA took guests to Jenkins & Leuken Orchard. There and along the way, apples and pumpkins and fall scenery abounded. Many will remember Jenkins & Leuken as a friend to Soyuzivka, with the Soyuzivka sign on its landmark barn. That barn, unfortunately, was destroyed during Hurricane Irene in 2011, but the orchards remain. It truly was an enjoyable visit.

Continuing on to the Shawangunk Wine Valley Trail, the group’s next stop was Robibero Vineyards, where the sipping of local wines and a welcoming outdoor fire pit made for a cozy afternoon. It helped that Soyuzivka provided some huge and delicious sandwiches for the journey. 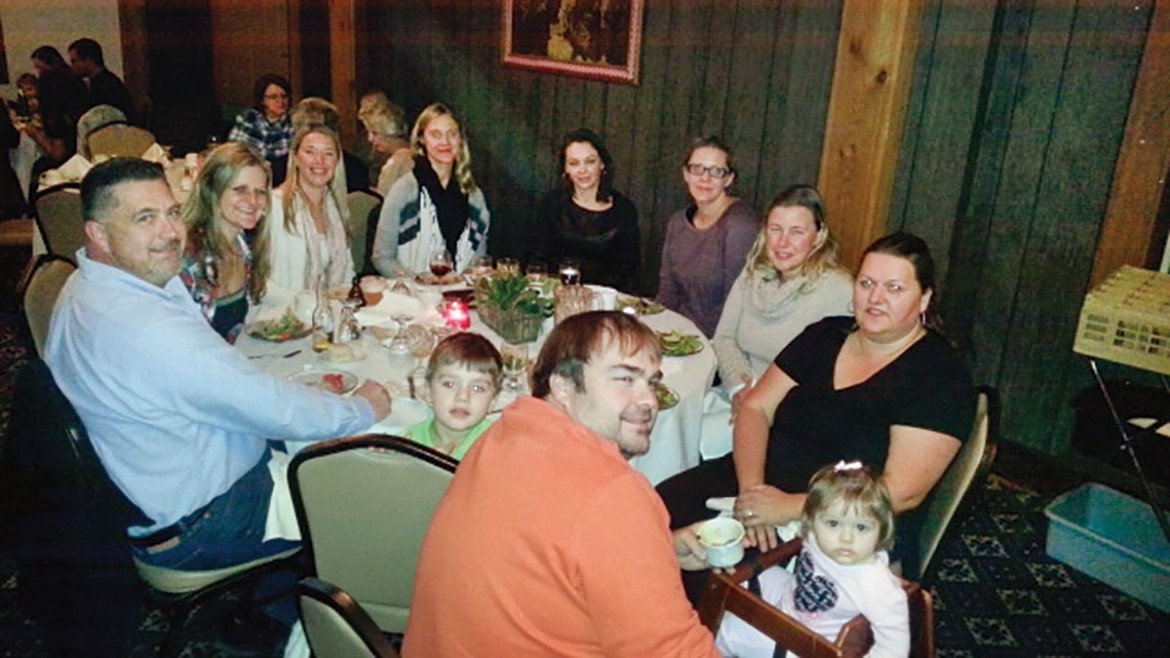 Once back at Soyuzivka, guests were treated to a truly fabulous dinner of stuffed Cornish game hens and other fall favorites. One guest was overheard saying that the meal was one of the best she’d ever eaten at Soyuzivka.

On Sunday, although it was a bit rainy, a few die-hards still wanted to hike, and they did just that – to the Soyuzivka Cliffs.

All in all, it was a wonderful and beautiful weekend. The UNA looks forward to hosting everyone at next year’s Fall Weekend Getaway.

The Ukrainian National Association (UNA) was established in 1894 in Shamokin, Pa., as a not-for-profit fraternal benefit society; it was organized as a fraternal insurance society united by the bond of the Ukrainian heritage. For over a century, the UNA has been providing security, protection and peace of mind for families, as well as social activities to its members. The UNA offers life insurance products for all ages, retirement and education savings programs, as well as many member benefits.

In 1952, the UNA purchased an estate that became known as Soyuzivka in response to the growing need of the Ukrainian community for a cultural center and gathering place for its members. Soyuzivka has provided a venue for language workshops, heritage studies, concerts, art exhibits, children’s camps, festivals and other programs for over 60 years.