The Ukrainian National Association is pleased to introduce to our readers Andrew Nynka, who on December 1, 2020, assumed the responsibilities of editor-in-chief of the UNA publications, Svoboda and The Ukrainian Weekly. 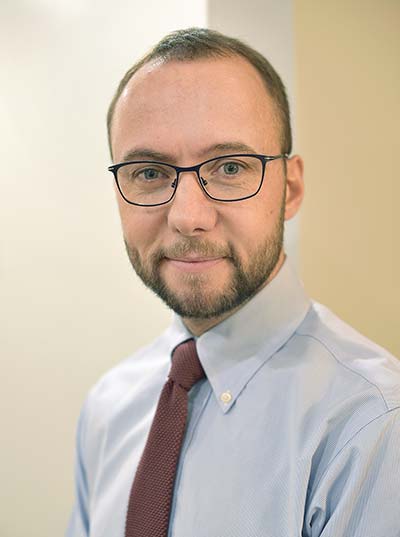 Mr. Nynka was a general assignment reporter for the Daily Record (Parsippany, N.J.), an education beat reporter for The Daily Journal (Vineland, N.J.), and the executive director of the Society for Features Journalism. He first began as a journalist with The Ukrainian Weekly in 2001. In 2004, he covered the Orange Revolution in Ukraine for the publication’s Kyiv bureau, covered the 9/11 terror attacks in New York City, and the 2002 Winter Olympics in Salt Lake City, Utah. For The Weekly, he reported from The White House, Congress, the United Nations, as well as from inside a prison in Kharkiv.

The UNA is proud of the powerful legacy of our publications — one that has met change and transformation more than once over the decades. We welcome Mr. Nynka back to the UNA to continue this effort.