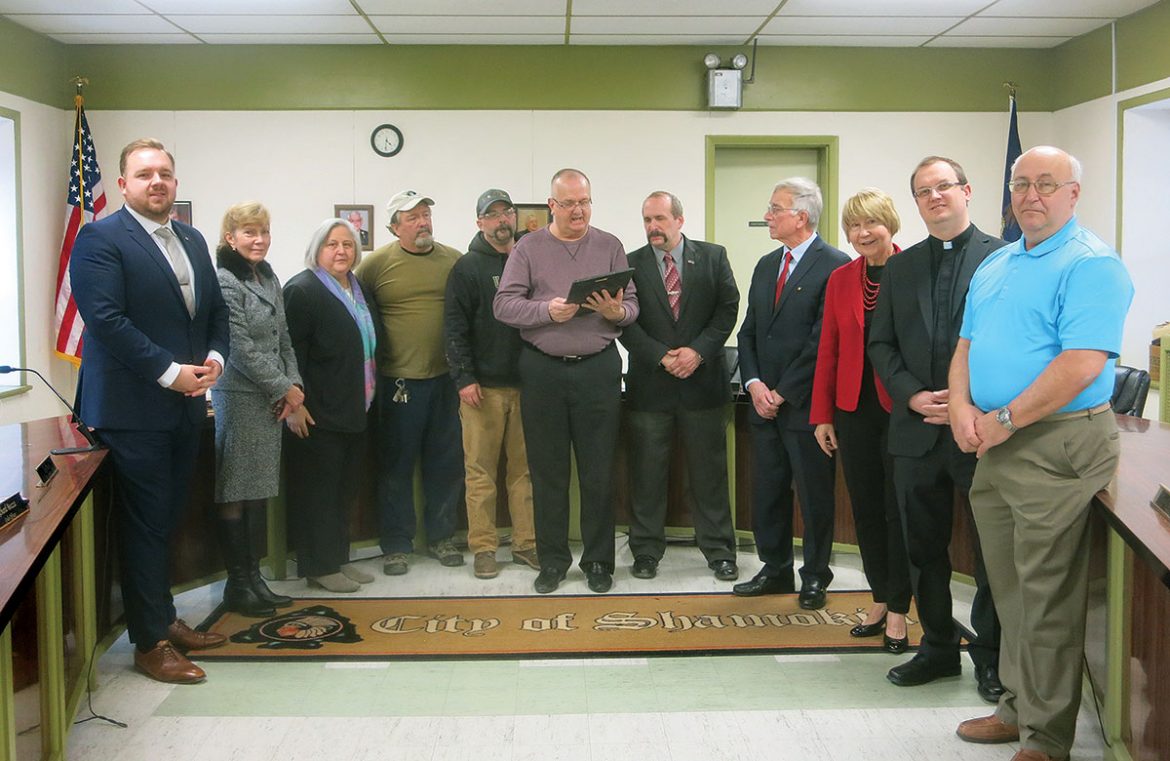 SHAMOKIN, Pa. – A delegation of leaders of the Ukrainian National Association traveled on February 22 to Shamokin, Pa., the fraternal benefit society’s birthplace back on February 22, 1894. At Shamokin City Hall, which also dates to 1894, the mayor and City Council presented a proclamation honoring the UNA on its 125th anniversary. 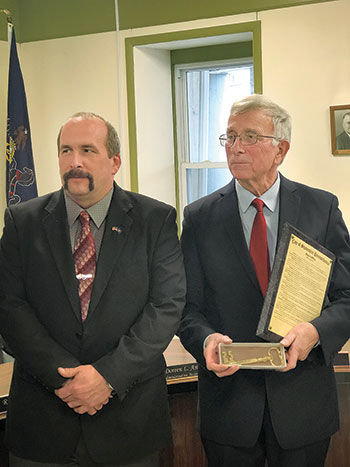 Mayor John J. Brown with UNA President/CEO Stefan Kaczaraj, who holds the key to the city just presented to him as well as the proclamation honoring the UNA.

Also attending the proclamation reading and presentation were Editor-in-Chief Roma Hadzewycz of Svoboda and The Ukrainian Weekly; Mr. Kaczaraj’s wife, Swiatoslava; and the Rev. Mykola Ivanov, pastor, and David Kaleta, cantor, of Transfiguration of Our Lord Ukrainian Catholic Church in Shamokin. 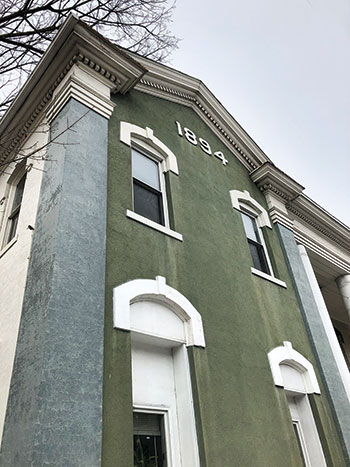 Shamokin City Councilmen Dan McGaw and Scott Roughton participated in the ceremony. Also present were Doreen L. Annis, the city’s administrative accountant, and Larry Deklinski, staff photographer of the local newspaper, The News-Item. A story about the presentation of the proclamation appeared on the front page of the newspaper on February 23.

In the evening of February 22, Father Ivanov and Mr. Kaleta took UNAers on a tour of the historic Transfiguration Church, the second oldest Ukrainian Catholic Church in the United States. The parish was established in 1884, and the current church’s cornerstone was blessed in 1907 by Bishop Soter Ortynsky, the first Ukrainian Catholic bishop in the U.S.

While visiting the church, UNAers saw stained glass windows that had been funded by UNA leaders John Glowa and Alexis Sharshon, and the plaque that had been installed outside to mark the UNA’s 75th anniversary in 1969.