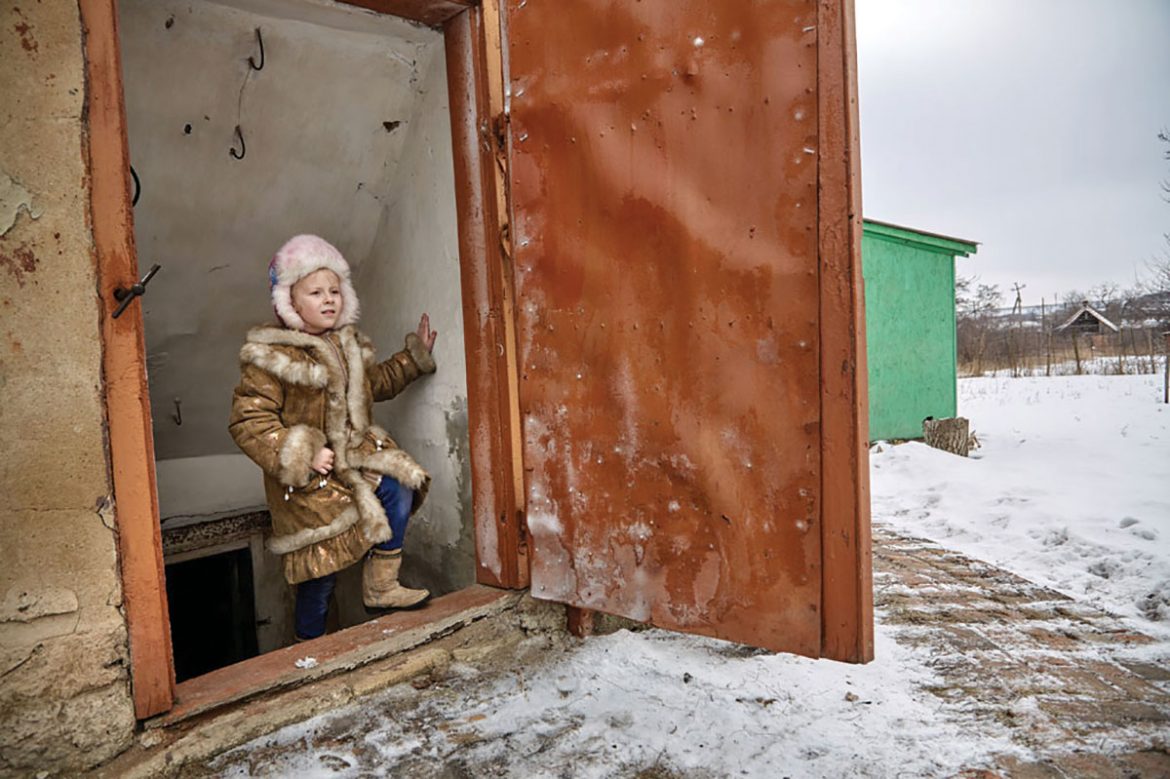 On February 13, when there seemed to be a pause in the shelling and fighting, 6-year-old Sasha, carefully ascends the steep steps that lead outside of the cellar of her home, about 15 kilometers from the contact line in Toretsk, Donetsk region of Ukraine.

“This is an invisible emergency – a crisis most of the world has forgotten,” said UNICEF’s representative in Ukraine, Giovanna Barberis, in a news release.

“Children in eastern Ukraine have been living under the constant threat of unpredictable fighting and shelling for the past three years. Their schools have been destroyed, they have been forced from their homes and their access to basic commodities like heat and water has been cut off,” she stated.

The release attributed the increase – an additional 420,000 girls and boys – to the continued fighting and the steady deterioration of life in eastern Ukraine, where some 1.7 million people have been internally displaced, and many families have lost their incomes, social benefits and access to healthcare, while the price of living has sharply risen.

Hundreds of daily ceasefire violations put children’s physical safety and psychological well-being at risk. The situation is particularly grave for the approximately 200,000 girls and boys living within 15 kilometers on each side of the “contact line” in eastern Ukraine, a line which divides government and non-government controlled areas where fighting is most severe.

In this zone, 19,000 children face constant danger from landmines and other unexploded ordnance, and 12,000 children live in communities shelled at least once a month. Thousands of children are regularly forced to take refuge in improvised bomb shelters.

More than 740 schools – one in five in eastern Ukraine – have been damaged or destroyed.

UNICEF said it is once again calling for all sides to immediately recommit to the ceasefire signed in Minsk in August 2015 and to respect international humanitarian law, including allowing unrestricted humanitarian access.

UNICEF is appealing for $31.3 million to provide health and nutrition support, education, clean water, hygiene and sanitation, as well as protection for children and families affected by the conflict. So far, about 10 percent of the appeal has been funded.