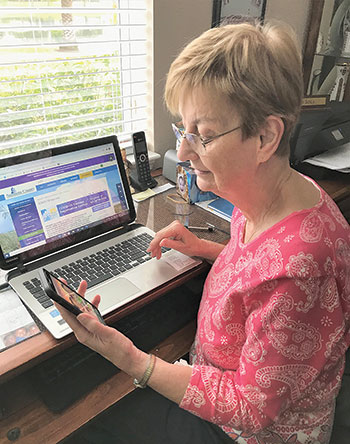 When the vaccine rollout occurred in Florida, each county’s office of the state Department of Health was left to decide for itself how they would distribute the vaccine. Each county’s efforts were different. Some counties’ distribution efforts, like southwest Florida’s Lee County, made international headlines for its long queues of seniors camping out overnight at distribution locations. It was confusing even for those who were able to navigate the multiple ways of trying to secure the vaccine and who were willing to brave a system where overbooking and vaccine shortages were commonplace. 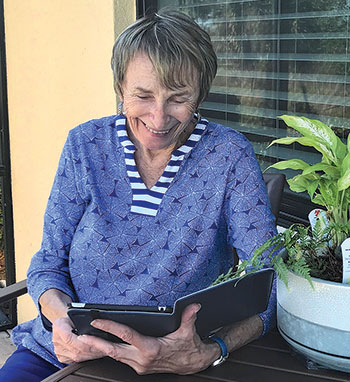 By the beginning of February, Florida adopted a statewide pre-registration system online, limited to those who could provide proof of Florida residency. Those who could demonstrate at least part-time Florida residency and who qualified (front line health care workers and those 65 years old and older) could pre-register in any county online for the vaccine. But that system also required access to technology. Moreover, some counties, like Collier, Sarasota or Manatee, still hadn’t begun using the statewide preregistration website and were using their own registration methods instead. For many without a computer or smartphone, it was nearly impossible to schedule a vaccination.

As a result, members of Branch 56 of the Ukrainian National Women’s League of America (UNWLA), based in North Port, decided to dive in and help those of their full-time members who lacked those resources.

Some of these members didn’t have someone like a family member who knew their basic information. And some were fluent in another language (Ukrainian). All of them, however, were friends whom their fellow “Soyuzanky,” or Branch members, knew. And one of the chief missions of the UNWLA is fostering humanitarian efforts in the Ukrainian population, in the United States and abroad. As a result, this UNWLA branch was helping their own members get a COVID-19 vaccination. 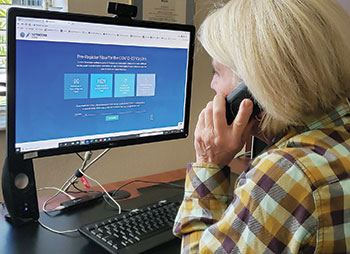 More than 20 Branch 56 members, about a quarter of their full-time members, were identified as lacking an e-mail address and/or cell phone, or a phone that could accept text messages – the methods used to notify a registrant of an available vaccine in Florida. Six volunteers of Branch 56 stepped up to lend a hand, reaching out to those members who needed help navigating the technology-driven, pre-registration process. They offered their own e-mail addresses and cell phone numbers to notify them when a vaccine appointment became available for them. Their offer of help was warmly received by those who were contacted. They also offered information, such as free or low-cost travel options to vaccine sites in their respective vaccination counties.