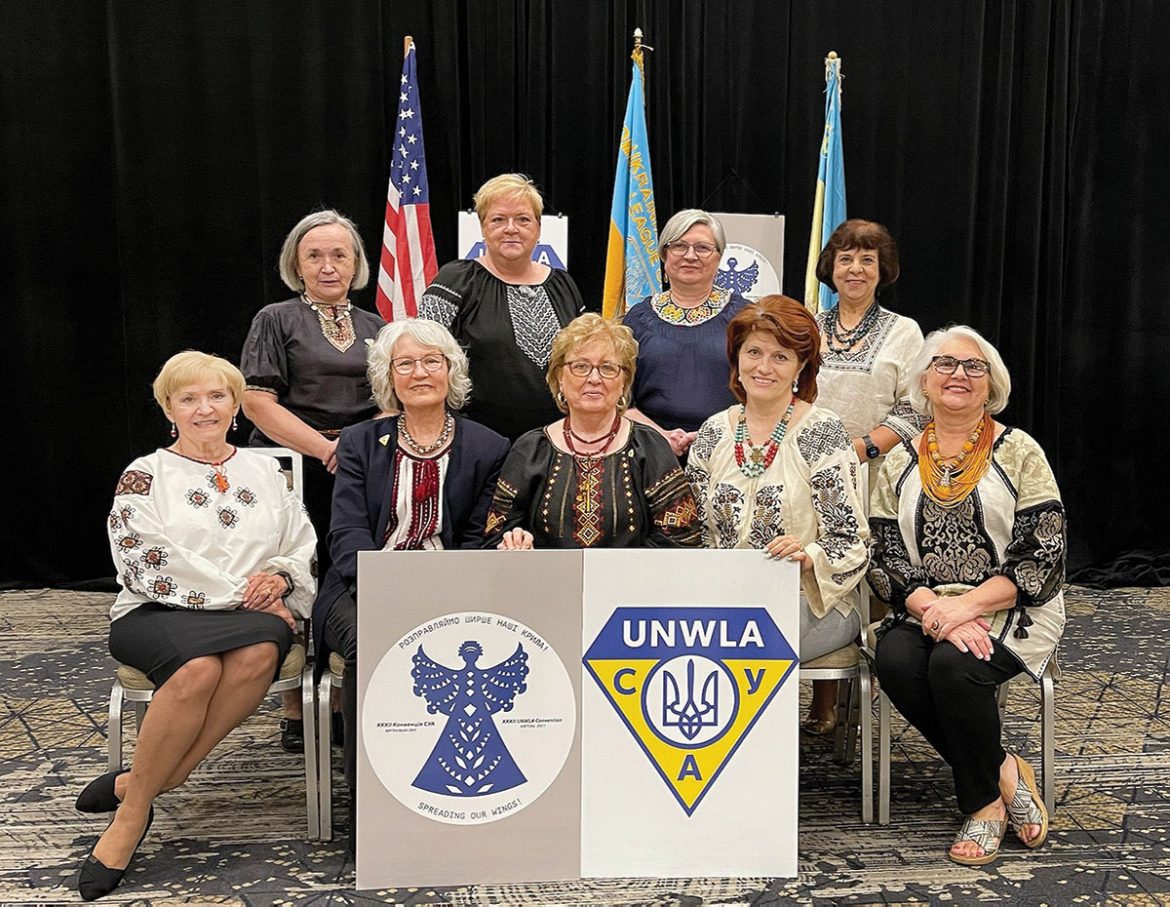 Outgoing President Marianna Zajac was unanimously elected honorary president in recognition of her outstanding contributions over her 13-year tenure. Two hundred and one delegates and guests attended the virtual convention, which elected a new slate of officers. In addition to electing a new president, the national convention elected members to the UNWLA’s National Board.

Reports by the outgoing officers and standing committee chairs highlighted the many achievements the organization made since the last convention in May 2017. The UNWLA raised $31,000 for Americans facing food insecurity as a result of the pandemic and $25,000 for victims of flooding in western Ukraine. 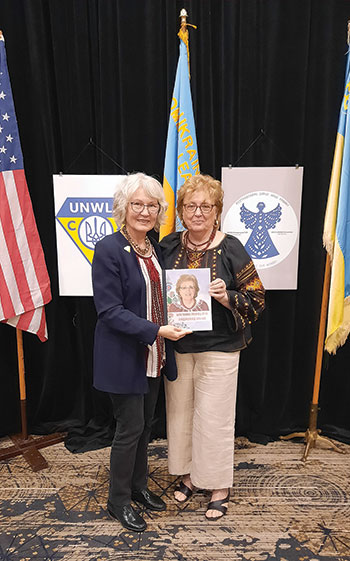 Awards were announced for branches that made outstanding contributions in the areas of arts and museum, culture, education, public relations, scholarships, social media and social welfare. Additionally, individual members and branches celebrating major anniversary milestones were recognized for their long years of dedicated service to the organization and the Ukrainian community.

In enumerating the many projects undertaken by the UNWLA, outgoing President Marianna Zajac, in her address to the convention, said “the motto of the 32nd convention – spreading our wings – reflects the fact that we continue to find new ways of becoming more effective and impactful in carrying out our mission.”

In her acceptance speech, newly-elected President Natalia Pawlenko cited the many accomplishments the organization achieved during the pandemic year.
“The pandemic has shown that no challenge can limit the work of the UNWLA,” said Ms. Pawlenko, who also called for a redoubling of UNWLA’s efforts as the organization approaches its one hundredth anniversary.

Established in 1925, the UNWLA is the longest-running and largest Ukrainian women’s organization in the U.S. The organization’s mission is to unite women of Ukrainian descent and affiliation in service, friendship and dedication in order to promote and develop educational and cultural efforts and humanitarian assistance to Ukrainians worldwide. 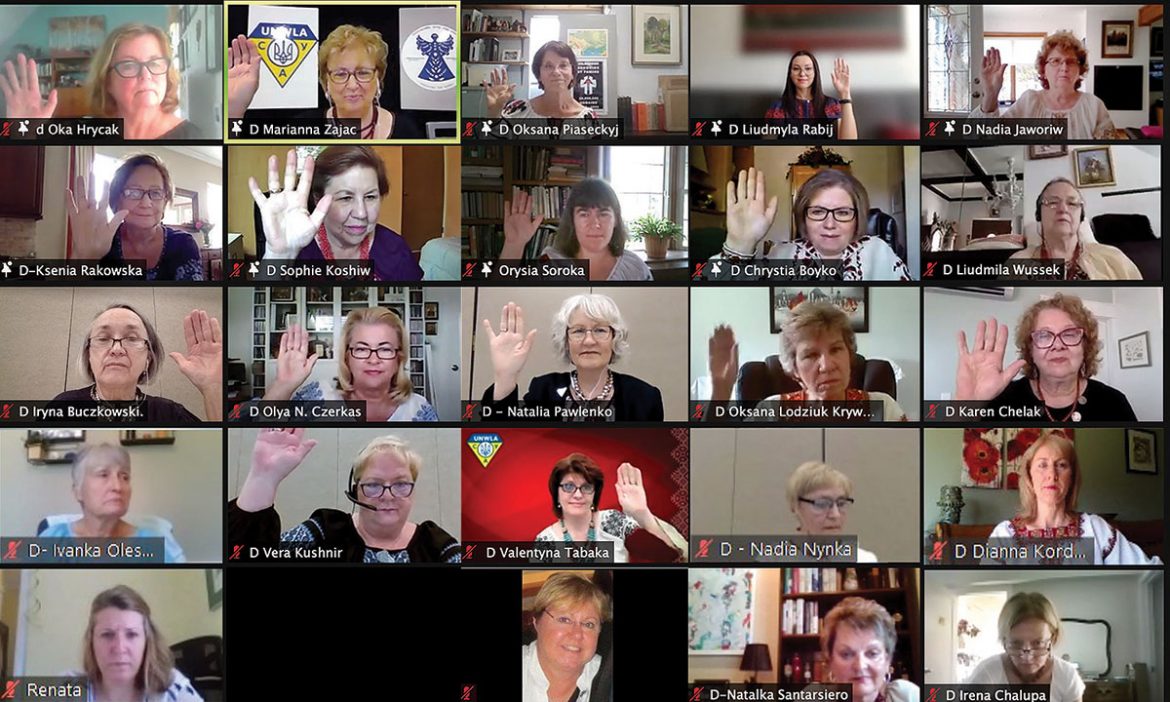 Newly elected members of the UNWLA National Board take the oath of office.