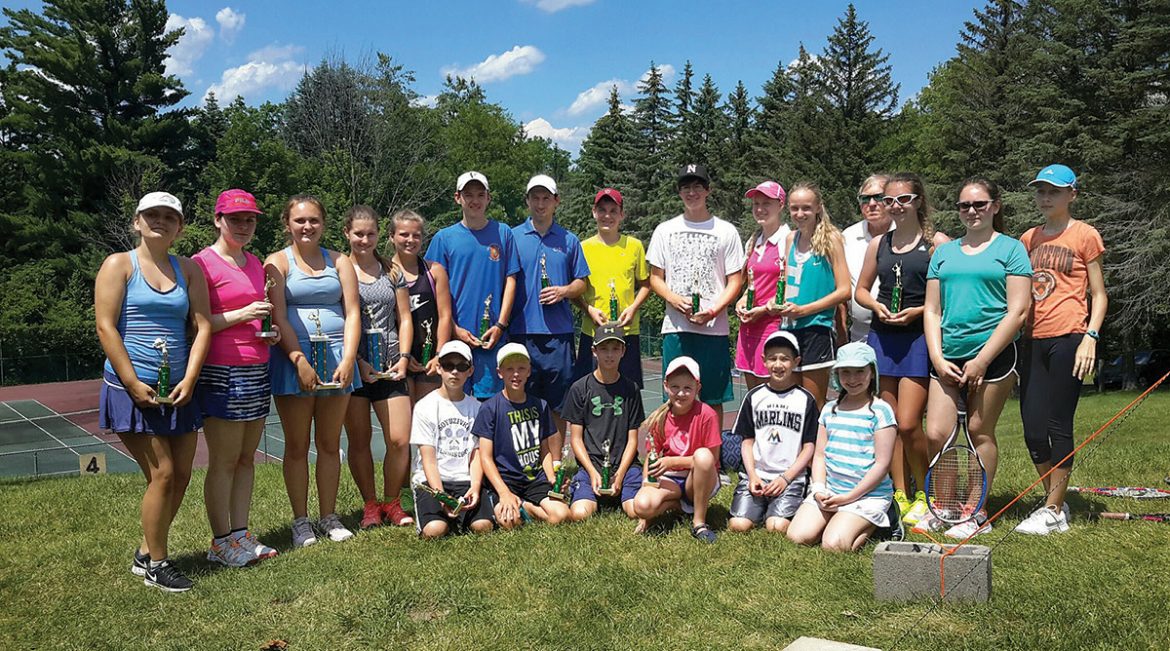 KERHONKSON, N.Y. – The 61st annual USCAK-East Tennis Tournament was held at the Soyuzivka Heritage Center during the weekend of July 1-2.

The singles and doubles tournament was played in 10 competing groups, which had 38 entries, with some playing in more than one group. Many of the players were part of the staff and campers of the Soyuzivka Tennis Camp being held at this same time. 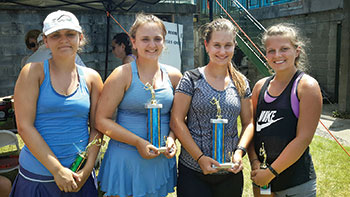 Due to the threatening weather, a 10-point set tiebreak was played in lieu of the third set in all matches.

During the closing ceremonies, trophies funded by the Ukrainian Sports Federation of the U.S.A. and Canada (known by its Ukrainian-based acronym as USCAK) were presented by Ivan Durbak and Yurko (George) Sawchak of the USCAK Tennis Committee. 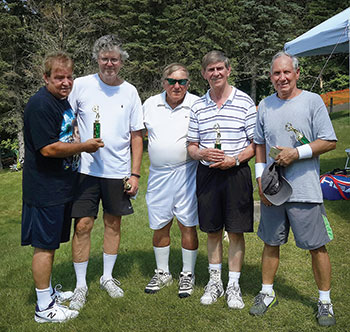 The next USCAK Tennis Tournament will be held at Soyuzivka during Labor Day weekend. For entry information, go to the USCAK website www.USCAK.org or contact Mr. Sawchak at 215-266-3943. 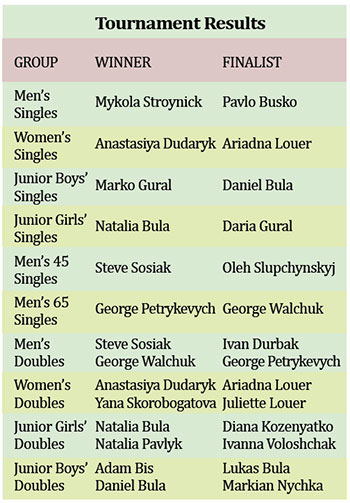