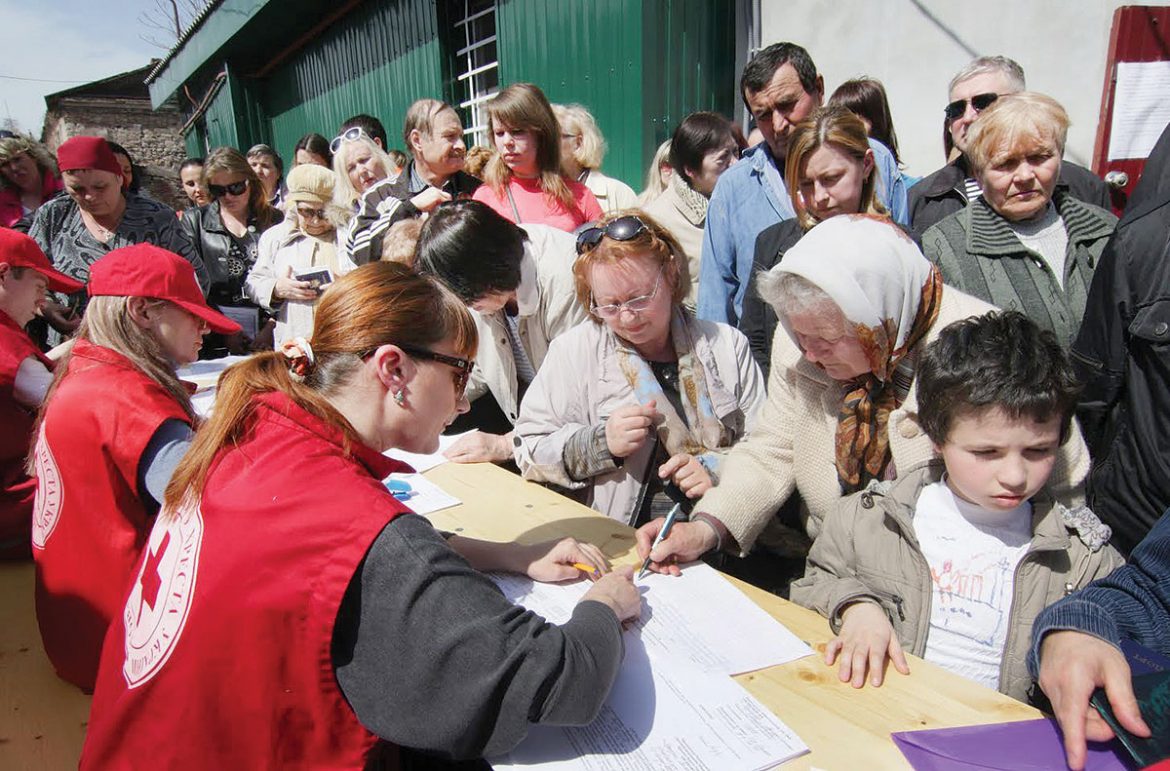 Red Cross volunteers in Mariupol assist the United Ukrainian American Relief Committee in distributing $100 in financial aid to those injured in the January 2015 terrorist attack in Mariupol that killed 27 and injured 126.

KYIV – Liubov Kozhura was at a Mariupol playground with her 10-year-old grandson Mykola and 6-year-old granddaughter Liubov on what was an otherwise ordinary morning on January 25, 2015, when a missile came crashing down, killing them both.

Though unable to compensate for such tragic losses, the United Ukrainian American Relief Committee (UUARC) made its latest contribution to minimize the suffering from the Donbas war by distributing $100 in financial aid to those like Ms. Kozhura at an April 9 gathering.

She had surgery performed on her legs and stomach, damaged by shrapnel, at the expense of a Dnipropetrovsk hospital, but the aid from the UUARC helped cover her bills for the medicine involved, which she had to pay for herself.

Ninety-eight such injured victims of the terrorist attack received these donations of $100 each, which were distributed with the help of local Red Cross volunteers.

Upon learning they came from the Ukrainian American community, the attack victims expressed their gratitude with applause and with tears in their eyes, said Vira Prinko, UUARC’s Kyiv representative, who coordinated the distribution.

Not all of the $12,600 earmarked for them was claimed. If the remaining 28 injured fail to do so in the next month, Ms. Prinko said the funds will be donated to the victims of another attack on civilians that occurred in the village of Sartana, just 11 miles northeast of Mariupol.

In an equally senseless attack, a funeral procession there was targeted with a missile by Russian-backed terrorists on October 14, 2014, killing seven and injuring 18.

The January 2015 Mariupol attack marked the peak of the Donbas warfare partly because of the brutality with which it was carried out, causing 27 deaths and 126 injuries to civilians who were merely tending to their daily affairs.

It was that attack that raised the specter of the West supplying lethal, defensive arms to Ukraine. Yet experts said that behind-the-scenes diplomacy resulted in the West refraining from providing arms, in exchange for a de-escalation in attacks from the Russian-backed terrorists.

Since then, the momentum for providing lethal arms has dissipated. The Mariupol attack remains the most deadly incident targeting civilians, and its victims will carry the scars for the rest of their lives. Many aren’t mobile and needed their relatives to bring their documents to receive payment. 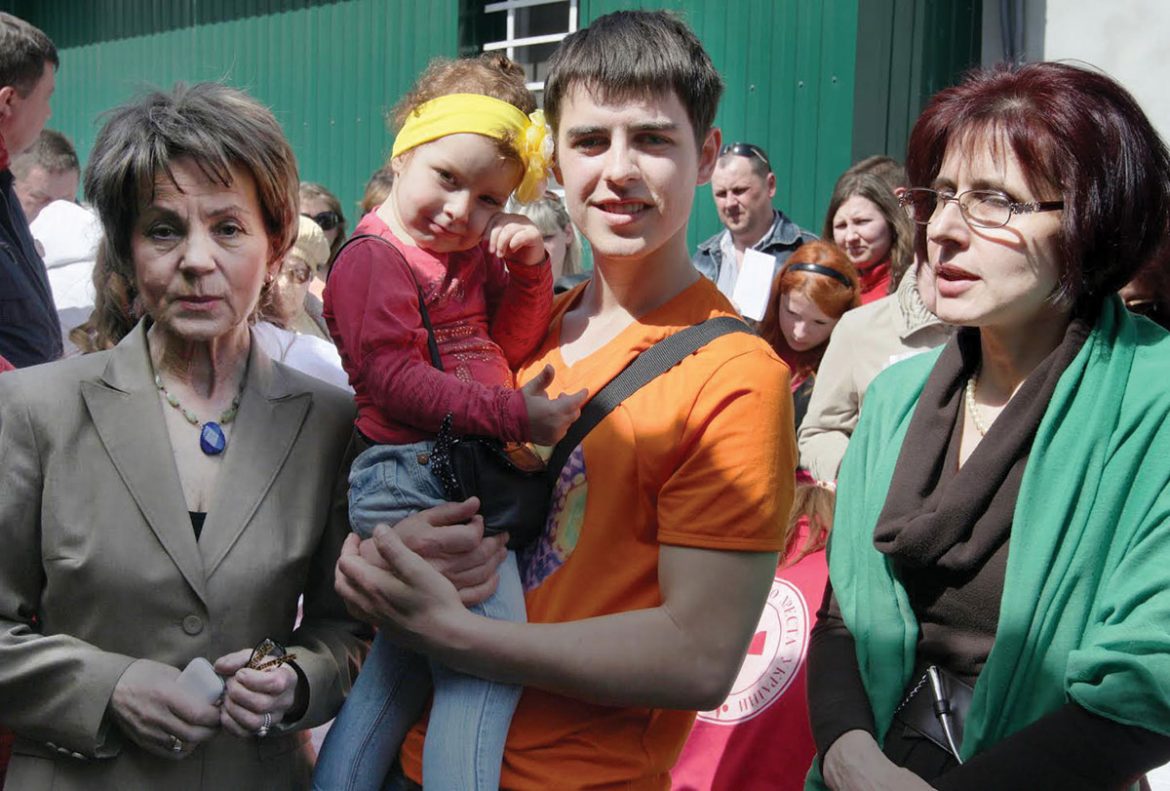 UUARC Kyiv representative Vira Prinko (far left) stands alongside Mykhailo Kuzmenko, who holds his daughter Sofia, who lost her leg in the January 2015 terrorist attack on Mariupol civilians. With them is Liuba Zabolotna (right), a Kyiv medical doctor and UUARC board member.

Sofia Kuzmenko was 20 months old when her leg was blown off at a playground. Sometimes she jumps out of bed at night and starts fearfully crying without cause, pleading with her mother to take her in her arms. Sofia will have to replace her prosthetic leg every year as she grows.

“Unlike older people, children become accustomed to prostheses. She also experiences laughter and joy like other children, not yet realizing that she’s disabled,” Ms. Prinko said, choking up with tears.