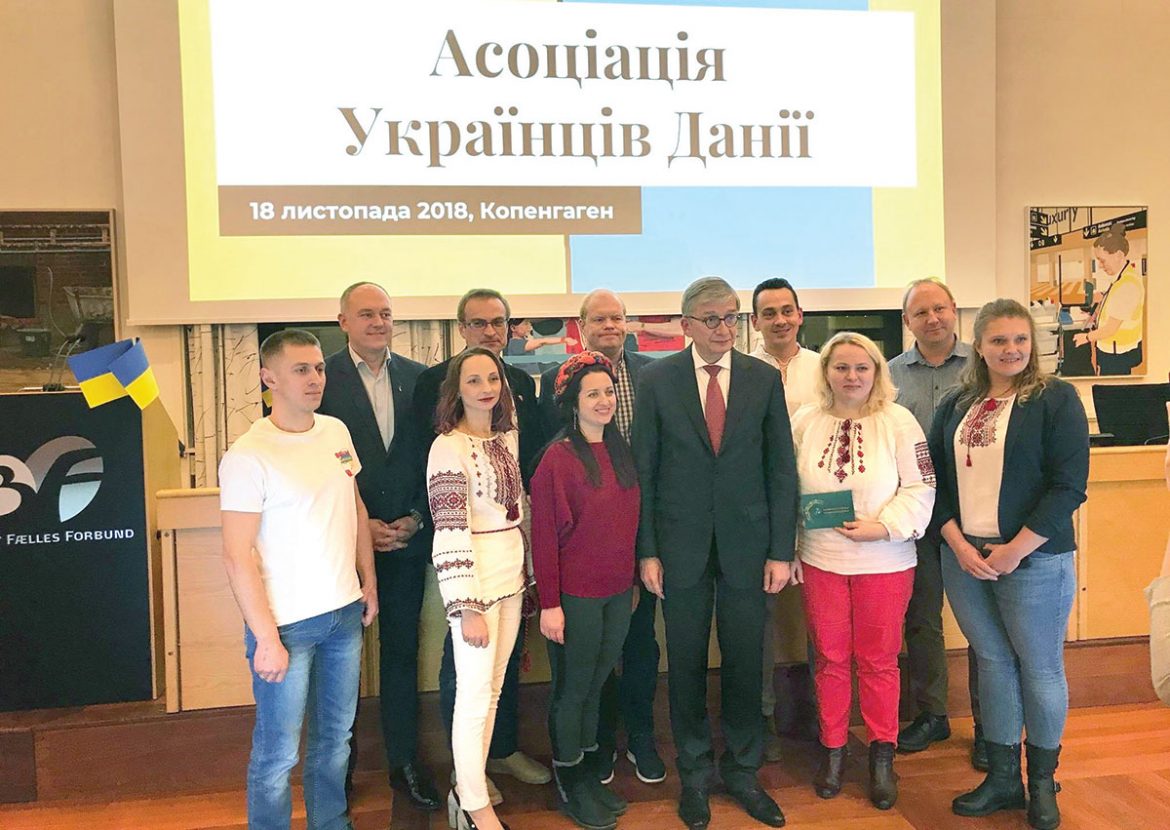 The Ukrainian World Congress president with the newly established Association of Ukrainians in Denmark.

Mr. Czolij chaired the meeting, which was held at the Embassy of Ukraine and, on behalf of the UWC, extended greetings to its participants, particularly the representatives of the following five organizations that are founding members of the Association of Ukrainians in Denmark: Ukrainian Youth Organization Lastivka, Bevar Ukraine, Club Ukraine, Ukrainian Sports Association and Faino.

During the meeting, a resolution was passed creating the new association and delineating its mission, namely, to mobilize the Ukrainian diaspora through cooperation and the coordination of activities of all Ukrainian organizations in Denmark with the goal of worthily presenting Ukraine and the interests of Ukrainians, both in Denmark and abroad.

Subsequently, the Association of Ukrainians in Denmark accepted as an honorary member the Ukrainian Greek-Catholic Church in Denmark and as associate members the groups Help Ukraine, Danish-Ukrainian Association and Help for Sick Children Fund.

In addition, a motion was adopted to apply to the UWC for membership. Mr. Czolij commented: “The Ukrainian World Congress welcomes the establishment of the Association of Ukrainians in Denmark as a significant event both for the Ukrainian community in Denmark and the UWC, and counts on close cooperation with this umbrella organization.”

A visit to Montenegro

On November 19-20, Mr. Czolij traveled to Montenegro for meetings with high-ranking government officials and the Ukrainian community.

The UWC leader thanked Montenegro for its support of the territorial integrity of Ukraine, including the imposition of sanctions against the Russian Federation for its aggression against Ukraine. Making reference to the attempted coup in Montenegro during parliamentary elections in 2016 with the participation of Russian forces, Mr. Czolij called on Montenegro to support Ukraine in minimizing the interference of the Russian Federation in the upcoming presidential and parliamentary elections.

Mr. Czolij also called on Montenegro, as the newest member of NATO, to support the Euro-Atlantic integration of Ukraine, and specifically granting Ukraine the NATO Membership Action Plan. 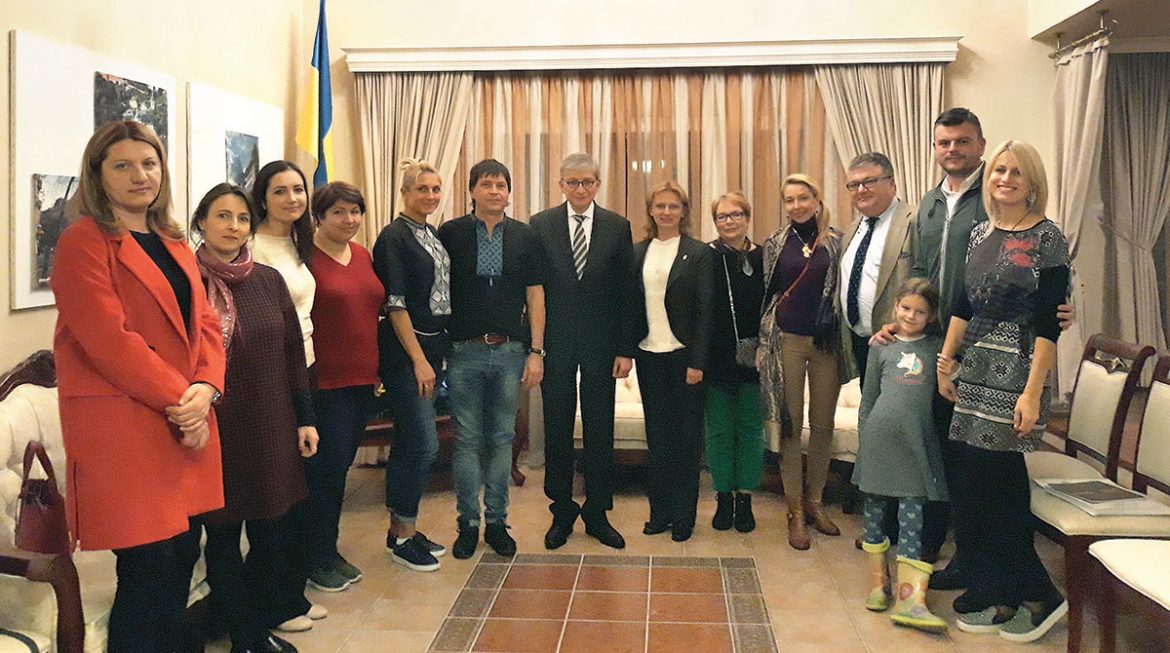 Eugene Czolij with members of the Ukrainian community in Montenegro.

During a meeting with the director general at the Directorate for Promotion and Protection of Human Rights and Freedoms, Ministry for Human and Minority Rights of Montenegro, the UWC President urged support for the Ukrainian community and assistance in the realization of its goals.

Mr. Czolij also met with the Ukrainian community to present the UWC’s work and discuss the importance of a united voice for the community in Montenegro. He participated a ceremony marking the fifth anniversary of the Day of Dignity and Freedom in Ukraine and laid a wreath at the monument to Taras Shevchenko.

During his visit to the country, the UWC president was accompanied by the chargé d’affaires of the Embassy of Ukraine in Montenegro, Nataliia Fiialka.