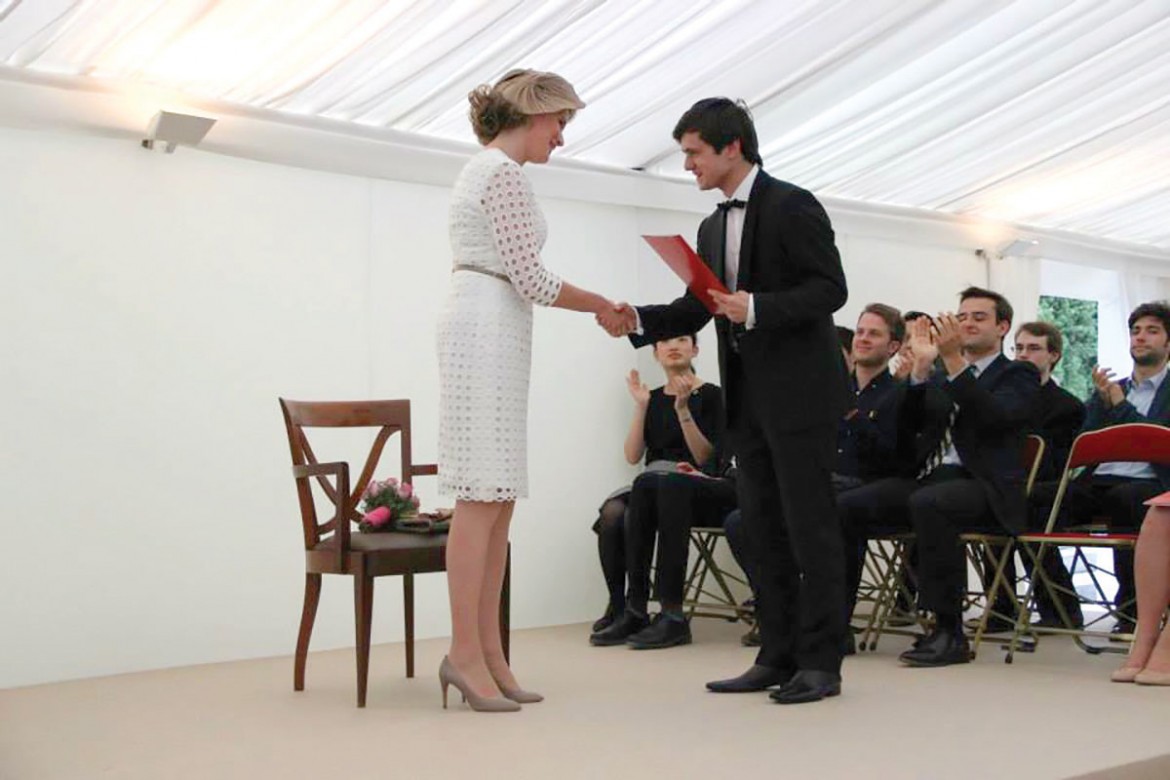 Queen Mathilde of Belgium congratulates Oleksii Semenenko on his second-place finish at the Queen Elizabeth Competition for violin.

PARSIPPANY, N.J. – Violinists from Ukraine, Oleksii Semenenko and Vladyslava Luchenko, finished as second-prize winner (Belgian Federal Government Prize valued at 20,000 euros) and semifinalist, respectively, at the Queen Elizabeth Competitions in Brussels that were held on May 4-30. The competition featured concerto and recital performances by 62 candidates – 34 women and 28 men – from 19 different countries.

Mr. Semenenko trained in Ukraine, and continued studies at the Hochschule fur Musik in Cologne, Germany, under Zakhar Bron and Harald Schoneweg. He plays a Carlo Ferdinando Landolfi (1770) violin, on loan from the Deutsche Stiftung Musikleben. 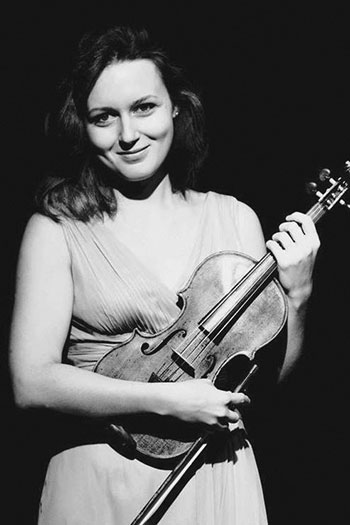 His performance schedule has brought him to such venues as Merkin Hall in New York, Kennedy Center in Washington and the Gardner Museum in Boston. He is also scheduled to appear this summer at the Festspiele Mecklenburg-Vorpommern that is held from June through September.

He has performed as a soloist with the Moscow Virtuosi, the National Symphony Orchestra of Ukraine and the Russian Philharmonic Orchestra (which is conducted by the pro-Putin Vladimir Spivakov). As a chamber musician, Mr. Semenenko founded the Stolyarsky Quartet, which has appeared in Russia, Ukraine, France, Switzerland and Malta.

Ms. Luchenko, who hails from Kyiv, attended the Mykola Lysenko Music High School, and debuted at the age of 11 as a soloist with the Kyiv Philharmonic Orchestra. She graduated from the Zurcher Hochschule in 2012, also studying under Prof. Bron. She continued her studies at the Hanns Eisler Academy of Music in Berlin, under the instruction of Prof. S. Picard. 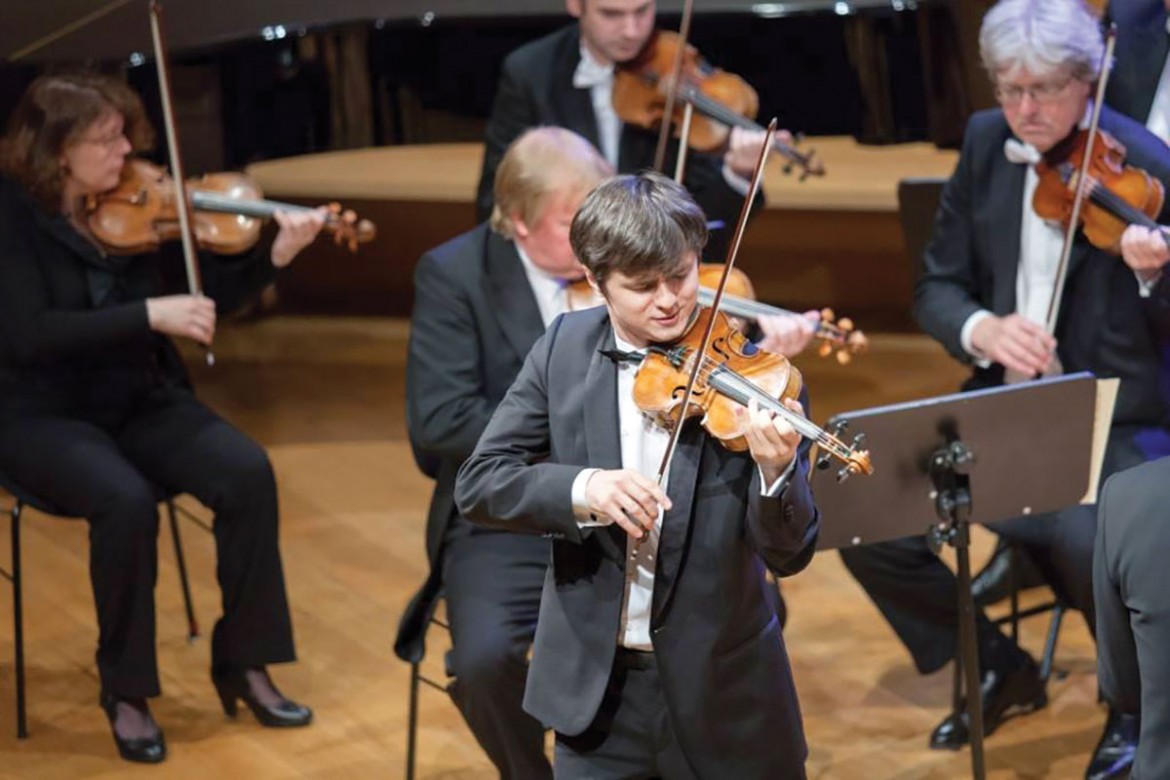 Oleksii Semenenko during the concerto competition.

As a soloist, Ms. Luchenko has performed with the Ukrainian State and Radio Orchestra, the Verbier Festival Orchestra and the Lucern Symphony Orchestra. She is sponsored by the Marguerite Meister Foundation and the Rahn Culture Fund.

The Queen Elizabeth Competitions, in addition to violin, will feature piano (2016), cello (2017) and voice (2018). The competition is 75 years old and was begun in 1937 by Queen Elizabeth of Belgium and is currently under the patronage of Queen Mathilde. For more information, readers may visit the competition’s website at www.cmireb.be