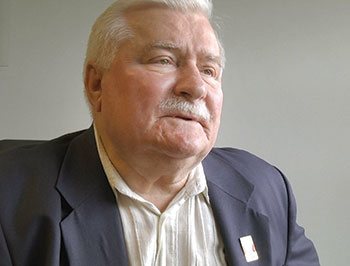 Lech Walesa, the former Polish president and Nobel laureate, said he has nominated Ukrainian filmmaker Oleh Sentsov, who is imprisoned in Russia, for the Nobel Peace Prize.

Mr. Walesa told RFE/RL’s Ukrainian Service that he sees similarities between Mr. Sentsov’s situation and his own in the 1980s, when he was imprisoned by Polish authorities for his work as the leader of the Solidarity trade union.

“I was also in a difficult situation,” Mr. Walesa said in an interview published on August 29. “I also struggled. This award [the Nobel Peace Prize)] helped me, as well as Poland, in regaining freedom.

“For this reason, support is needed. First of all, thanking him for fighting. Secondly, encouraging him to continue his peaceful struggle,” he explained. 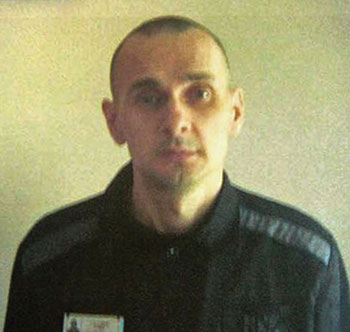 Ukrainian film director Oleh Sentsov in the penal colony in Labytnangi on August 9.

A filmmaker who was a vocal opponent of Russia’s 2014 annexation of Crimea, Mr. Sentsov was arrested in Crimea that year and convicted the following year by a Russian court of planning to commit terrorist acts. He was sentenced to 20 years in prison.

His plight has drawn international support and calls from Western governments for him to be released.

He has been on hunger strike in a remote Russian prison since May 14.

Mr. Walesa, who was awarded the Peace Prize in 1983, said he would tell Mr. Sentsov that “you are on the right side.”

“It is good that there are people like you. It gives us hope that the world will improve – so, persevere, no matter what wrongs meet you, persevere, because you give the world an example of the right way to fight,” Mr. Walesa said.

Mr. Walesa also noted the West was not doing enough to help defend Ukraine’s sovereignty against Russia. “Europe and the world are lacking in solidarity. We did not have plans for these times. This disunity, this discord in Europe and in the world, all this causes us to not address issues such as Ukraine,” he stated.

The Norwegian Nobel Committee each year receives several hundred nominations for the Peace Prize. Generally, the names of nominees are not released to the public for 50 years after their submission.