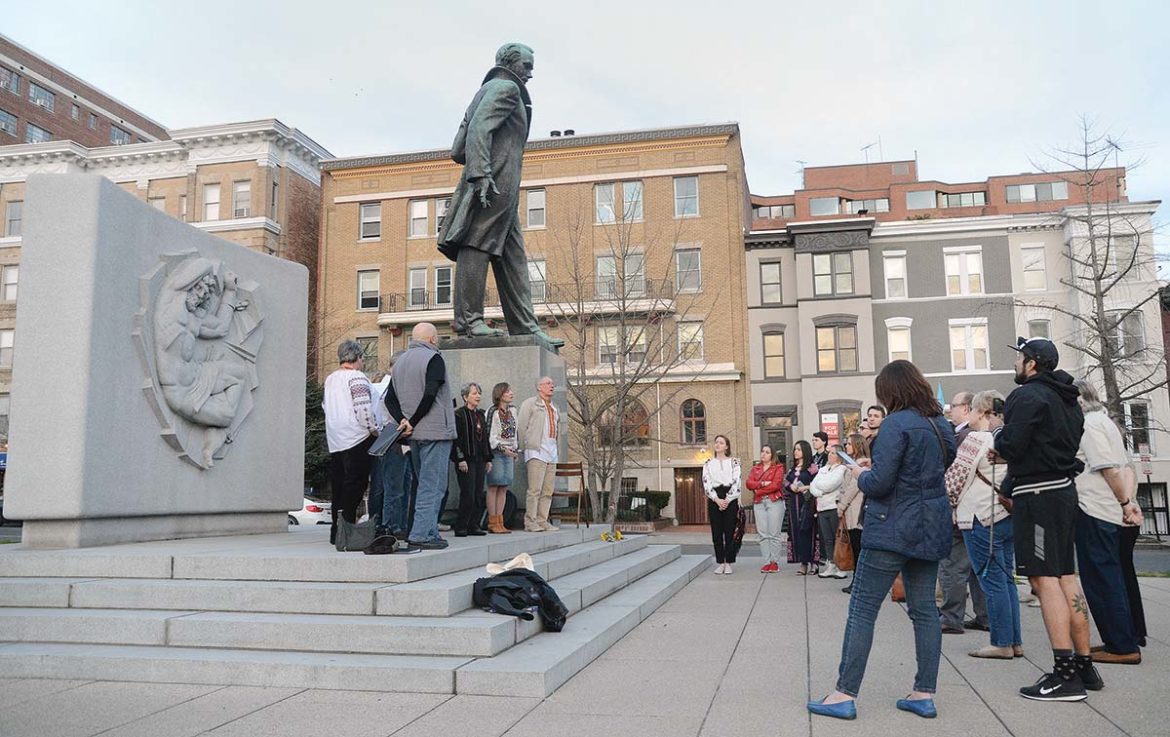 WASHINGTON – The Washington area Ukrainian chorus Spiv-Zhyttya celebrated the anniversary of renowned Ukrainian poet Taras Shevchenko’s birthday on March 9 in front of his memorial in the nation’s capital with the performance of a collection of songs honoring his poems. The rendition included “Oi Kryknuly Siri Husy,” “Dumy Moyi,” “Reve ta Stohne Dnipr Shyrokyi,” “Utoptala Stezhechky” and “Biut Porohy.” The last two were composed by the Spiv-Zhyttya chorus member Viktor Morozov.  At the conclusion of the presentation, the choir requested that the audience join in with them and one of their chorus members — Laryssa Pastukhiv, who also plays the bandura — in the repetition of “Dumy Moyi” and “Reve ta Stohne.” The ceremony ended with everyone singing “Bozhe Velykyi, Yedynyi.” A few minutes later, the sun set and a full moon rose on the capital’s western and eastern horizons. Taras Shevchenko was born March 9, 1814, in Moryntsi, a Ukrainian village then in the Russian Empire, and died on March 10, 1861, in St. Petersburg.