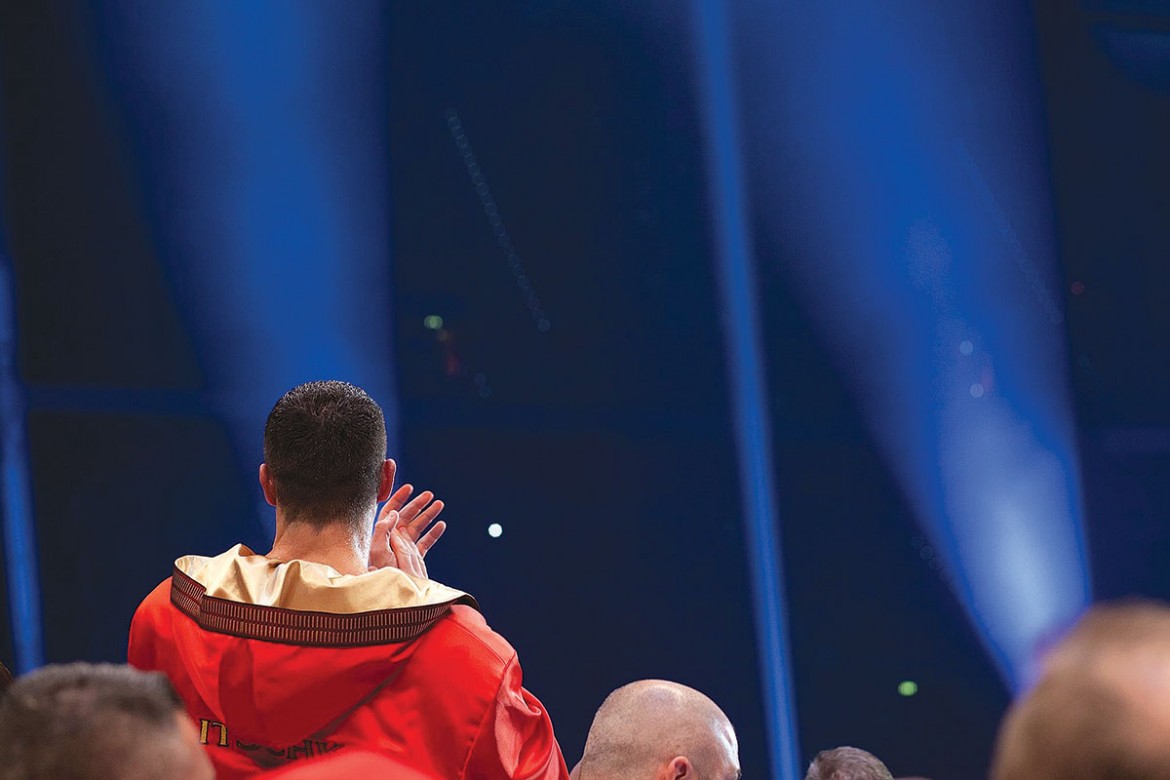 Perhaps he was still suffering from the calf injury that postponed the original bout. Maybe the long layoff (since April 25) took its toll on the aging champion. Then again, the 39-year-old veteran of the fight game may have finally succumbed to the age factor.

The Ukrainian saw his nine-and-a-half-year reign as heavyweight champion come to an end as Fury, 27, took his WBA, IBF, IBO and WBO titles, improving to 25-0 with 18 knockouts. Klitschko fell to 64-4 with 53 knockouts. It was his first loss since April 2004.

Klitschko was defending his title after 18 consecutive successful defenses. The 6-foot-9 Fury, unlike all but one other of Klitschko’ opponents, had height and reach advantages over the champion.

There is a rematch clause in the Klitschko-Fury fight contract, although it was too soon to talk about a rematch or Klitschko’s retirement.

In a post-fight press conference, Klitschko admitted he was surprised by the challenger’s speed despite his towering frame.

“I prepared well, but my speed was missing tonight and I didn’t expect speed from him,” said Klitschko, who turns 40 next May. “I knew I needed a knock-out at the end,” he added, after only his fourth professional loss.

Klitschko’s poor attacking display was further marred with cuts to both cheeks while Fury survived unmarked. The Briton showed no signs of nerves at the start, lowering his guard and trying to lure Klitschko inside his huge reach. There was little action in the first four rounds with a Fury jab in the fifth cutting Klitschko’s left cheek.

The fight burst to life with a flurry of punches from Fury in the seventh round, followed by a big left in the ninth which caught Klitschko flush in the face before the champion finally got his right-hand jab going and landed a shot on Fury’s chin.

Fury lost a point in the 11th round for punching the back of Klitschko’s head despite repeated warnings from the referee. The Ukrainian came out hard in the 12th, looking for the knock-out as Fury looked tired, but it was too little, too late.

The title fight was almost called off because of issues with the arena’s canvas being too soft and Klitschko’s gloves being wrapped without any witnesses from the Fury camp. The spat was resolved when Klitschko agreed to a re-wrap.