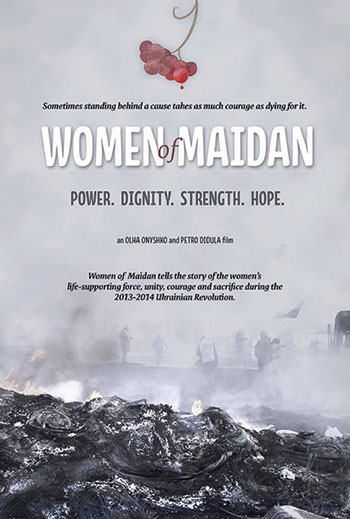 A poster for the documentary “Women of Maidan.”

Hailed as “a true American maverick among film fests,” WFF was named as one of the top 50 film festivals worldwide. It fits well with Ms. Onyshko’s profile, who took personal risks along with Peter Didula, co producer and director of photography.

“Women of Maidan” is set against a harsh winter and the violent backlashes against Ukraine’s Euro-Maidan movement by the special police force known as the Berkut that served corrupt government leaders. Women became the core of a movement, the backbone of humaneness and the heartbeat of a spontaneous combustion that ignited and united a society to stand together and fight for freedom and prosperity.

One thing became clear during the 2013-2014 “Revolution of Dignity”: there are those who were willing to risk what little they had left to do what is right instead of what is easy, and if enough women stood side by side with the men, their unity could defeat any regime. That is the underlying message in “Women of Maidan.” 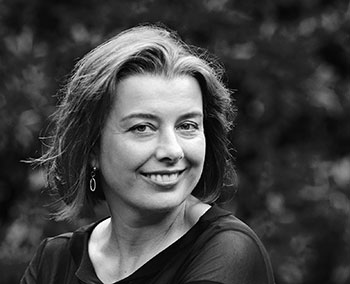 While editing the film, Ms. Onyshko began coordinating efforts to bring wounded Ukrainian soldiers to the United States for life-saving medical treatments. In 2014, she received recognition from the U.S. House of Representatives and the Embassy of Ukraine to the U.S. for her extraordinary work.

Ms. Onyshko began her career in broadcast journalism in Lviv, and she was active in political campaigns supporting free and fair elections during the time her country became independent. When she moved to the United States in 2002, she worked as an anchor, writer and producer for Voice of America. While working toward a Master of Fine Arts degree at American University in Washington, she transitioned into documentary filmmaking, completing her degree in 2009.

Her first film, “Three Stories of Galicia,” is a story of humanism in the midst of atrocities during and after World War II. It premiered in 2010, was screened in 12 countries and was translated into four languages. The film sparked a debate over historic memory and its role in current events.

Woodstock Film Festival is an educational not-for-profit, 501(c)(3) organization whose mission is to present an annual program and year-round schedule of film, music and art-related activities that promote artists, culture, inspired learning and diversity.

The festival’s two screenings of “Women of Maidan” will be on Friday, October 14 at 2:30 p.m. and Sunday, October 16 at 7:30 p.m. Tickets are $10. The Woodstock Film Festival runs from Thursday, October 13, through Sunday, October 16. (For the complete film festival schedule, readers may go to woodstockfilmfestival.com.)

For more information about the film, readers may contact Ms. Onyshko at 202-257-7356 or oliafilm@gmail.com.