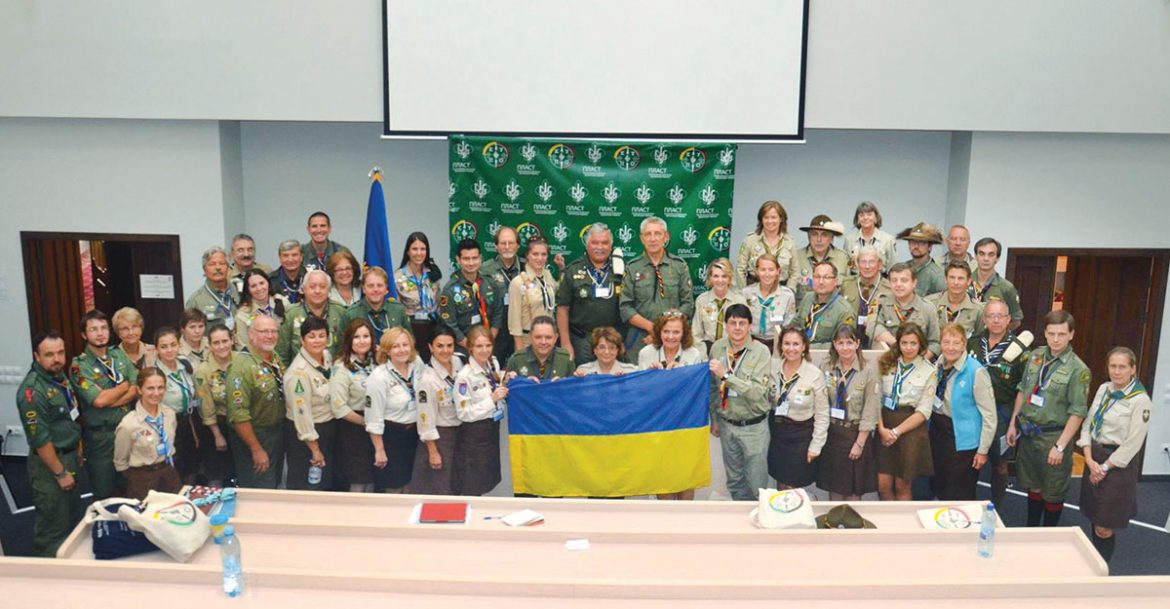 Delegates at the worldwide Conference of Ukrainian Plast Organizations meeting in Kyiv.

KYIV – The Conference of Ukrainian Plast Organizations (known by its Ukrainian-based acronym as KUPO), the body uniting Plast groups worldwide, met in the Ukrainian capital on the occasion of the 25th anniversary of the country’s re-establishment of independence. In attendance were more than 100 delegates and guests from Australia, Argentina, Canada, Germany, Poland, the United Kingdom, the United States and Ukraine, which boasted the largest delegation.

Discussions at the 19th conference of the international body focused on a plan of action for the next three-year term of the World Plast Executive, whose members were elected during the conclave. Among the topics covered: changes to the by-laws of KUPO, the next International Plast Jamboree scheduled for 2017 in Germany, and the development of Plast in more countries where Ukrainians now reside. 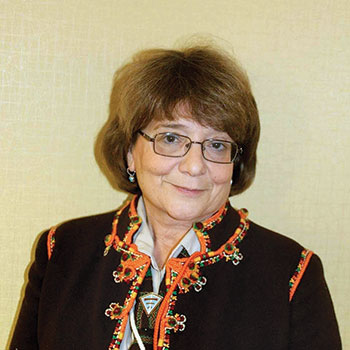 On the eve of the KUPO gathering, Plast leaders appeared at a news briefing at the Ukraine Crisis Media Center to speak about the organization’s world conference and the goals of the Ukrainian scouting group.

Marta Kuzmowycz, chief executive officer of the World Plast Executive, underscored that the organization is adapting to new circumstances in the countries where it is active, while staying true to its ideals and its primary purpose of educating future leaders in a Ukrainian spirit.

Stanislav Andriychuk of Plast in Ukraine reported that there are currently some 7,000 members in Ukraine. The national leadership of the organization, which was reborn in Ukraine 25 years ago, hopes to reach a membership that would encompass 10 percent of the youth of Ukraine by the year 2035.

Also participating in the briefing were Oksana Mykytchak of Plast in Germany and Roma Zubenko, a member of the World Plast Executive.

The next day, August 23, marked the beginning of deliberations of the Conference of Ukrainian Plast Organizations, which were held through August 26 at the Bratislava Hotel on Kyiv’s left bank.

Greetings to the delegates were offered by special guests, among them Canada’s Ambassador to Ukraine Roman Waschuk, who is a member of Plast; and the president of the Ukrainian World Congress, Eugene Czolij. Written messages were sent by former Chief Scout Lubomyr Romankiw, Ukraine’s Minister of Youth and Sports Ihor Zhdanov; and the president of the World Executive of the Ukrainian Youth Association, Andriy Bihun.

That evening, delegates had a chance to engage in a discussion on the development of Ukrainian society with an expert in strategic planning, Yevhen Hlibovytsky, who is a member of the advisory council of Plast in Ukraine. Also present and addressing the Plast members during dinner was Cardinal and Major Archbishop emeritus Lubomyr Husar, a fellow Plast scout.

The conference sessions heard reports by World Plast Executive leaders and adopted amendments to the KUPO by-laws, including provisions governing how new Plast groups being organized in the Ukrainian diaspora can become members of the Conference of Ukrainian Plast Organizations and how the World Plast Executive should assist them in their development. Also approved were changes to procedures governing the election of Plast’s chief scout, a position that is currently vacant.

Special committees met during the conference to focus on such matters as Plast publications, finances and resolutions to guide the organization’s work; separate sessions brougth together counselors and educators who work with Plast cub scouts (novatstvo) and scouts (yunatstvo). 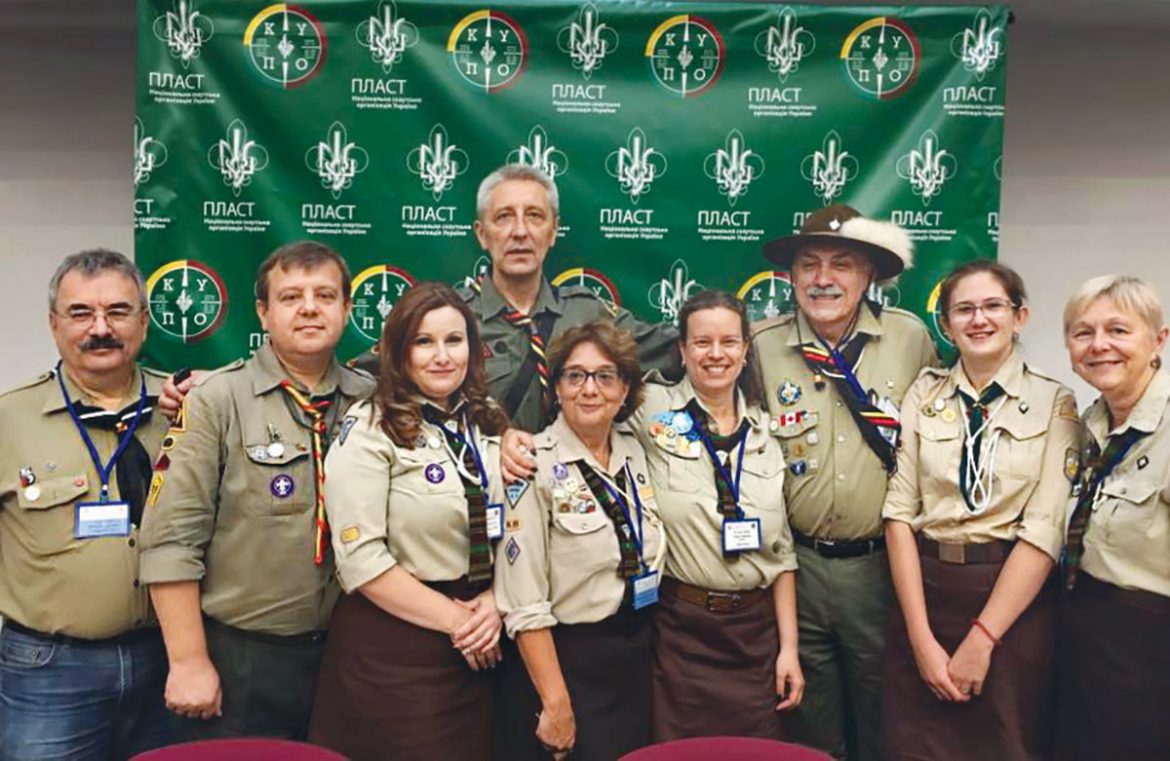 The world leadership of Plast.

The conference heard a report by Borys Frankewycz about plans for the 2017 International Plast Jamboree to be held in Germany to mark the 70th anniversary of the first such jamboree, which was held in Mittenwald.

A banquet was held to mark the close of deliberations with special guests in attendance, including Ambassador Waschuk and Plast’s new chaplain in Ukraine, Father Oleksa Medyk. During dinner, delegates and guests enjoyed wonderful performances by bard Taras Kompanichenko and singer Oksana Mukha.

During the course of their four-days in Kyiv, delegates had an opportunity to visit the Ukrainian Catholic Patriarchal Cathedral, located on the banks of the Dnipro River, where they were treated to a barbecue and a bonfire. On August 24, all headed into the city center of Kyiv for the Ukrainian Independence Day parade held on the Khreschatyk.