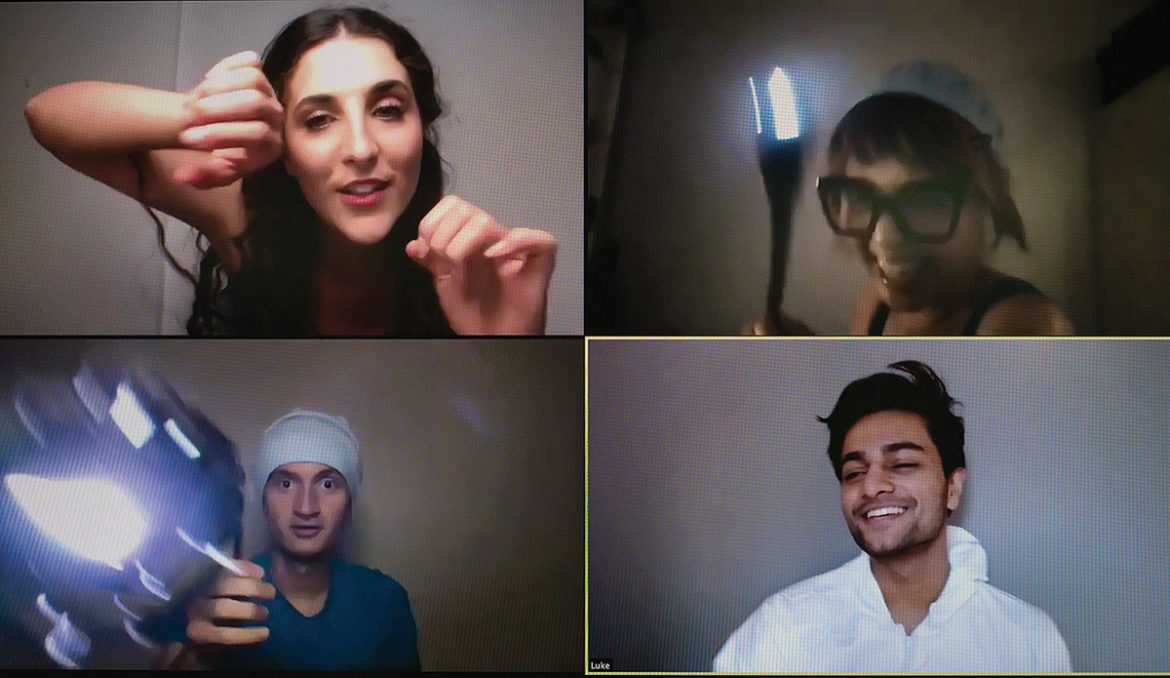 NEW YORK – The production of Yara Arts Group’s “Virtual Forest Song” directed by Virlana Tkacz is not the first time she tackled an adaptation of Lesia Ukrainka’s classic play. It is, however, different from the previous productions of “Forest Song” by Yara Arts Group in that it took place on Zoom. This format is especially appropriate for the show. It emphasizes the connection between nature, humans and technology.

Zoom offers the opportunity to experiment with space in a way similar to the Yara Arts Group production of “Forest Song” called “Fire, Water, Night,” which took place at La MaMa Experimental Theater in 2013. In that production, the audience shifted between their traditional place facing the stage, the lobby, and the space usually reserved for the stage area. This time, though the audience is in place, the space between the Zoom boxes becomes fluid as actors reach across boundaries.

The production begins with the image of an oak. The Zoom box is almost eclipsed inside the oak’s largesse. Andrew Colteaux narrates the viewers’ way into the forest, which includes the trees sycamore, birch and willow, all played by actors. They are all trees that feel and experience as much as people. Nature is personified.

The only humans in the show are the ones that threaten the existence of nature. Luke played by Sanskar Agarwal is in the forest to get some syrup from a birch and later to chop trees for fences, but he is overcome with his love for Sylph played by Georgia Waehler, the forest nymph. His love interferes with his ability to work.

Lesia Ukrainka’s spirit is imbued in the production in the use of Ukrainian. Ukrainian is especially spoken by Birch and by the widow that replaces Luke when he no longer has the emotional strength and focus to do his job. The Ukrainian spoken by Birch is both a poem and an affirmation. The text is echoed in English in a translation by Virlana Tkacz and Wanda Phipps, offering a seamless connection.

There are startling photographs when trees burn and Sylph seems caught in ashes. This leads to a beautiful folk song sung by Iryna Voloshyna and Julian Kytasty who also performs the song on the bandura. The photographs and the video of burnt and ruined homes in the war-torn regions of eastern Ukraine by Evgeniy Maloletka cause viewers to feel a pang of sadness.

One of the memorable scenes occurs when the so-called water brats become excited about drowning Luke. The movement by Shikego Suga is both natural and dizzying as the water brats move to swallow Luke who has threatened the forest’s life and, at the same time, we as the viewers are enveloped by the water.

This author felt she was part of the performance. In “Virtual Forest Song,” it seems that technology is controlled. Zoom is used to manipulate and used to the benefit of the acting. Actors in this performance are Sanskar Agarwal, Andrew Colteaux, Darien Fiorino, Silvana Gonzalez, Akiko Hiroshima, Chamaya Moody, Martin Nikolov, Nam Pham, Masha Pruss, Shigeko Sara Suga, Shona Tucker, Iryna Voloshyna and Georgia Waehler.

The performance begins and ends with a flute playing, creating a frame that leads the viewers into the enchanted forest. Lesia Ukrainka suggested the melodies to her play. They are performed by Ihor Didenchuk, of Go A, Ukraine’s stunning entry in the Eurovision competition that took place this past spring. To watch the production on Yara’s web site, readers may visit www.yaraartsgroup.net. 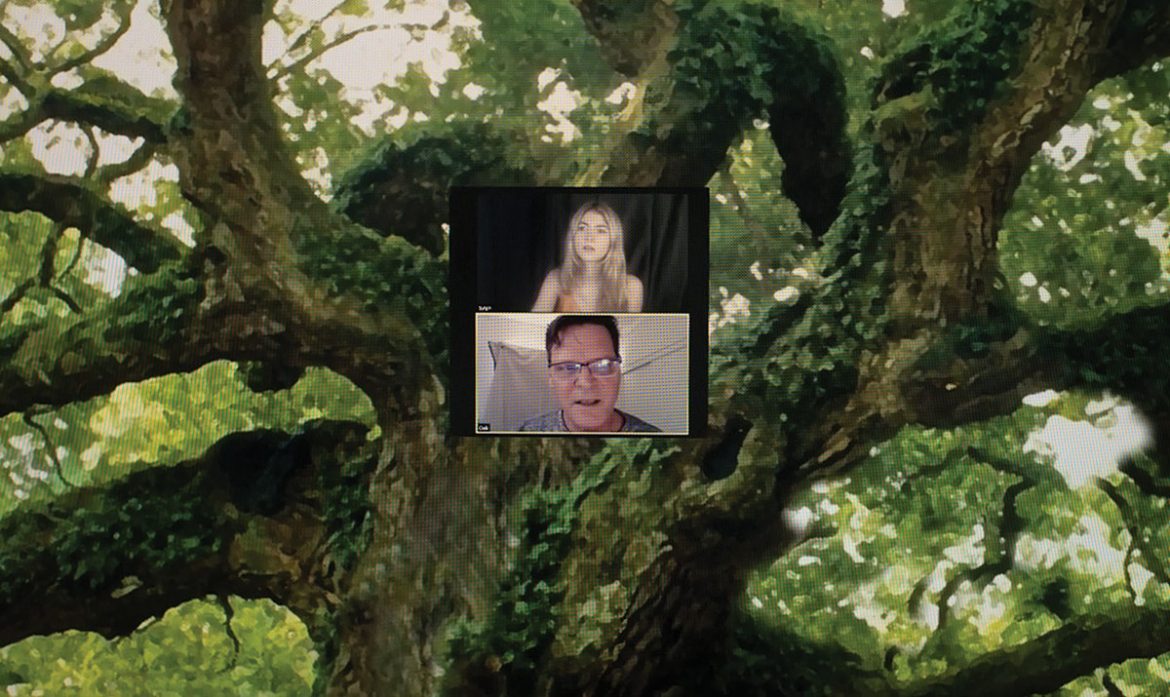