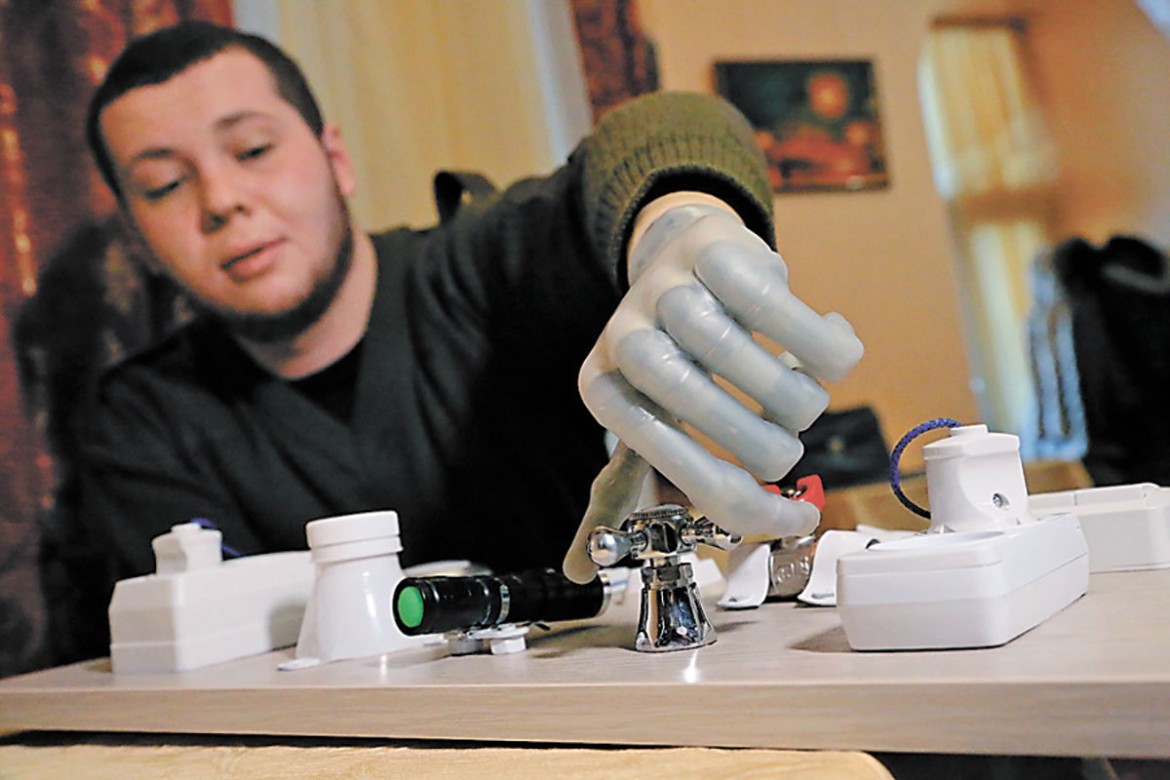 PHILADELPHIA – While opening a donated package marked “medical” on the Kyiv Maidan, 20-year-old Roman Dzivinskyi lost his left arm at the elbow and the fingers on his right hand when the package exploded. Additionally, the shrapnel from the explosion caused injuries to his face, arms, chest, eyes and lungs. It was only by the grace of God that he survived.

Roman was treated in Ukraine (Lviv) and Poland, and finally arrived in Philadelphia for more medical treatment with a hope of acquiring a biomechanical prosthetic hand and arm.

After a long wait, on December 29, 2015, Mr. Dzivinskyi received his biomechanical hand prosthesis.

“Greetings to everyone, friends! I want to thank everyone for the present I received with the New Year. This is the best that could be. I received a new prosthesis, which I have already used to write, eat, do different work at home and even drive an automobile! I am very deeply grateful to all who contributed to my treatment and prosthetic!!!

Although Mr. Dzivinskyi has received his long-awaited prosthesis, all costs have not yet been covered. The total cost for the prosthesis with the two-year warranty included is $47,000. The total collected to date is $33,950. The UUARC is continuing to accept donations for Mr. Dzivinskyi’s prosthesis. Donations may be made via the UUARC website or sent to: UUARC, 1206 Cottman Ave., Philadelphia, PA 1911